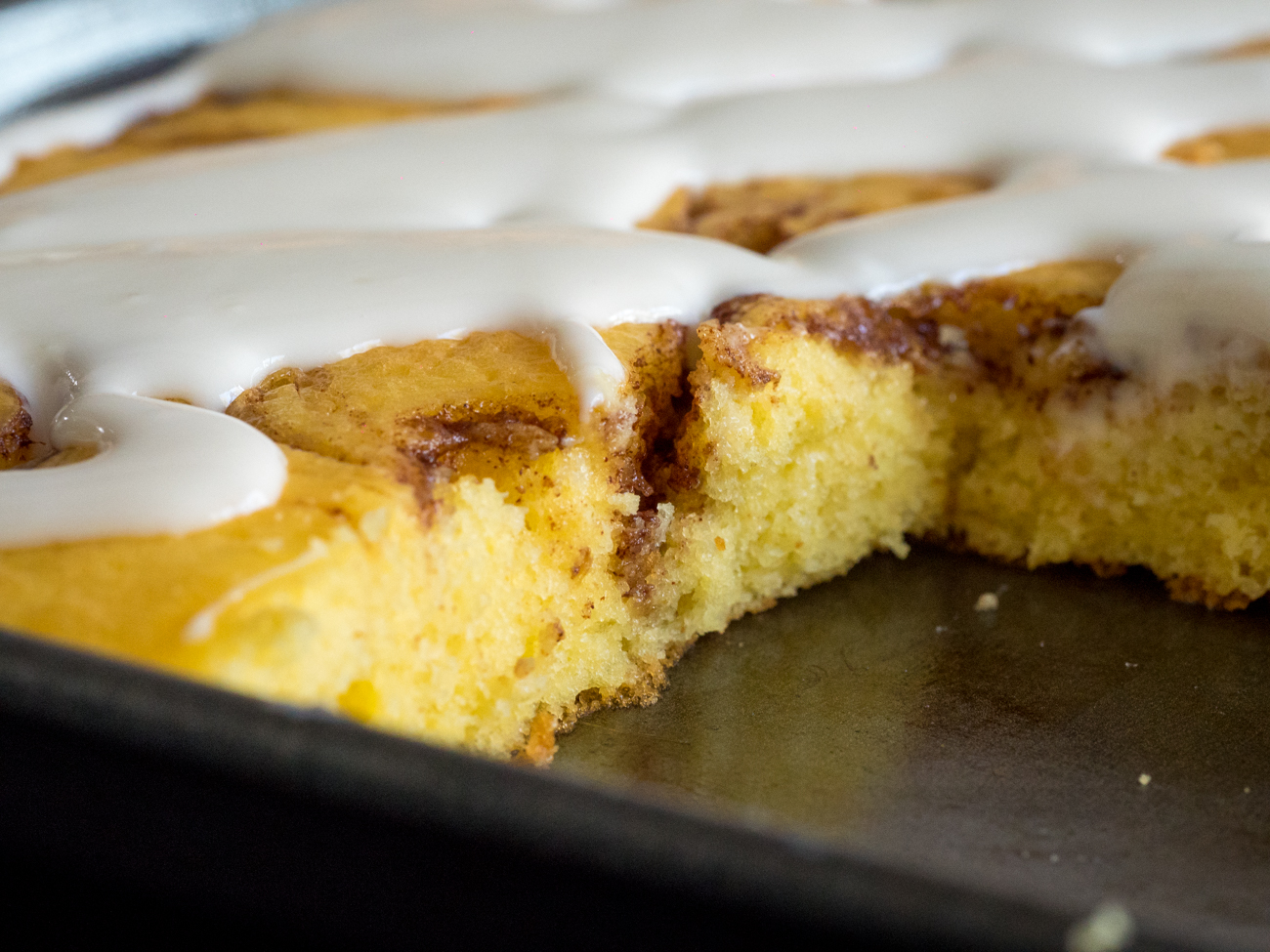 Do you love cinnamon rolls with every fiber of your being, but don’t feel quite ready yet to tackle making them from scratch? We totally understand that. While they’re actually easier to make than you’d think, we’ve got a different dessert for you today that is actually ridiculously easy to throw together, that gives you the same cinnamon roll satisfaction with half the effort. Cinnamon roll sheet cake! That’s right, all the cinnamon-swirl goodness we love about the original, plus, some seriously decadent icing, all wrapped up in one sheet cake that can easily serve a crowd…or just a couple of really hungry people (- each with a really intense sweet tooth). 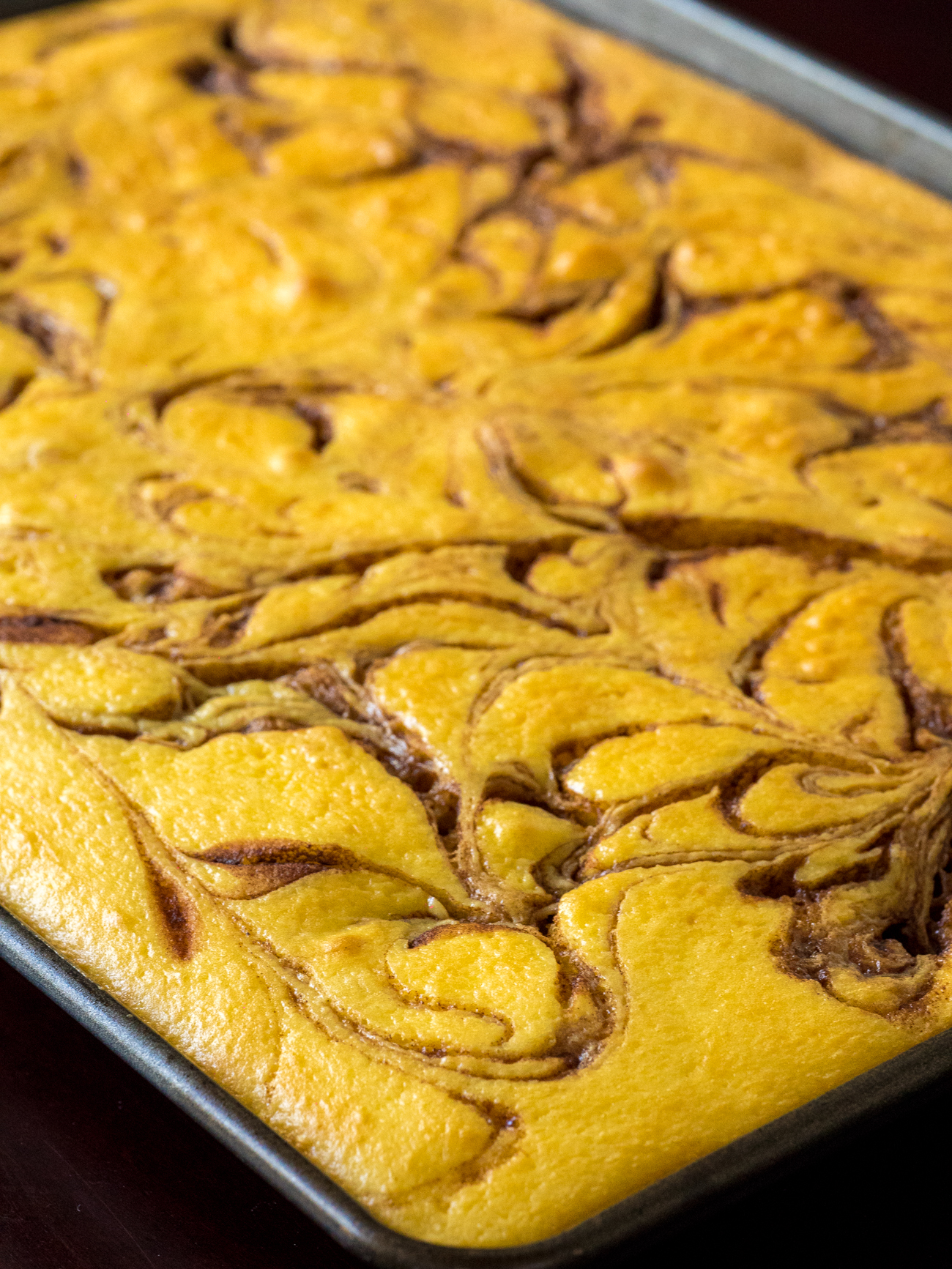 Using vanilla cake mix (or white or yellow, whatever you have on hand) as the base of our sheet cake, we added vanilla instant pudding mix for extra flavor, sour cream to make sure it stayed extra moist, and then a perfectly delightful cinnamon brown sugar mixture to swirl into the batter. Pro tip: be careful not to over-mix your cinnamon filling into the batter; you want a defined, marbleized look, and over-stirring can make your cake look muddy, which we don’t want. Once you’ve got the batter all taken care of, the other real show stopper is the cream cheese frosting. 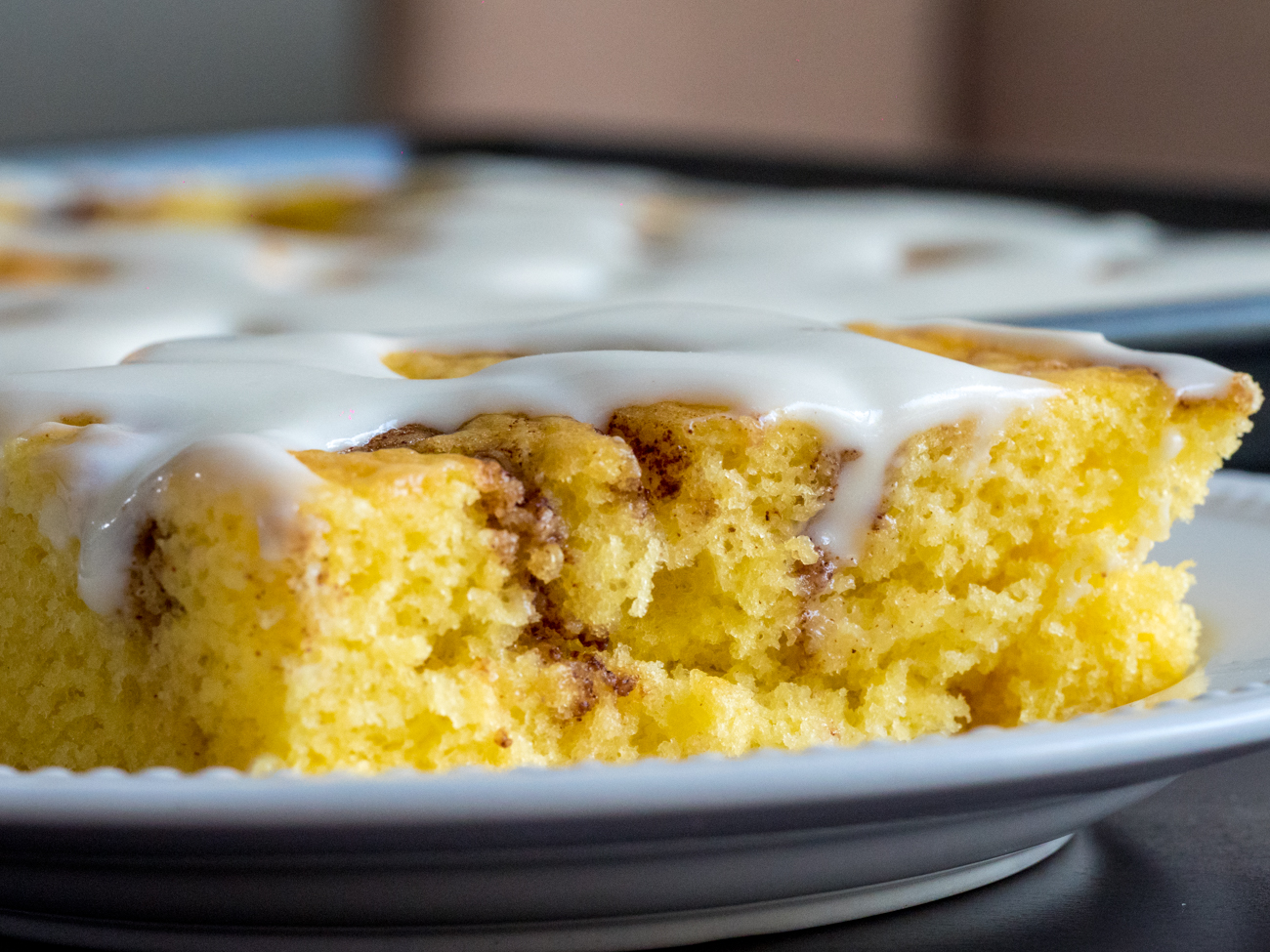 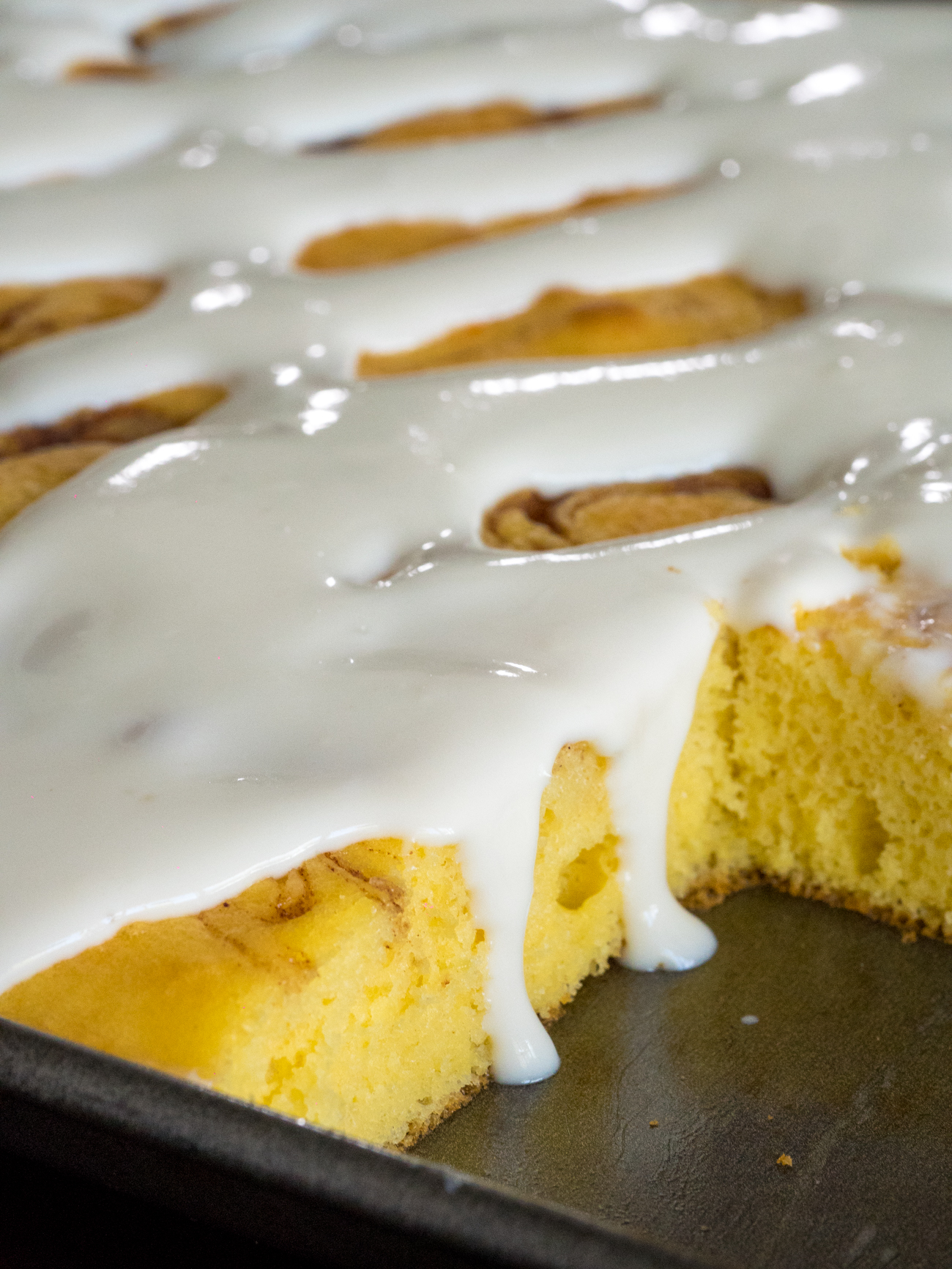 That’s right. If you’d rather go with a milk-and-powdered-sugar-based frosting, go right on ahead, but just know that this cream cheese frosting/icing is absolutely the dreamiest. Seriously, it’s silky smooth and adds just the right amount of flavor to your cake. Definitely not to be missed. Don’t run out to the bakery next time you get a craving for cinnamon rolls, whip up this sheet cake instead! It’s great for birthday parties or potlucks or if you decide you just need a pick-me-up and throw together for dessert after dinner with the family – you really can’t go wrong! 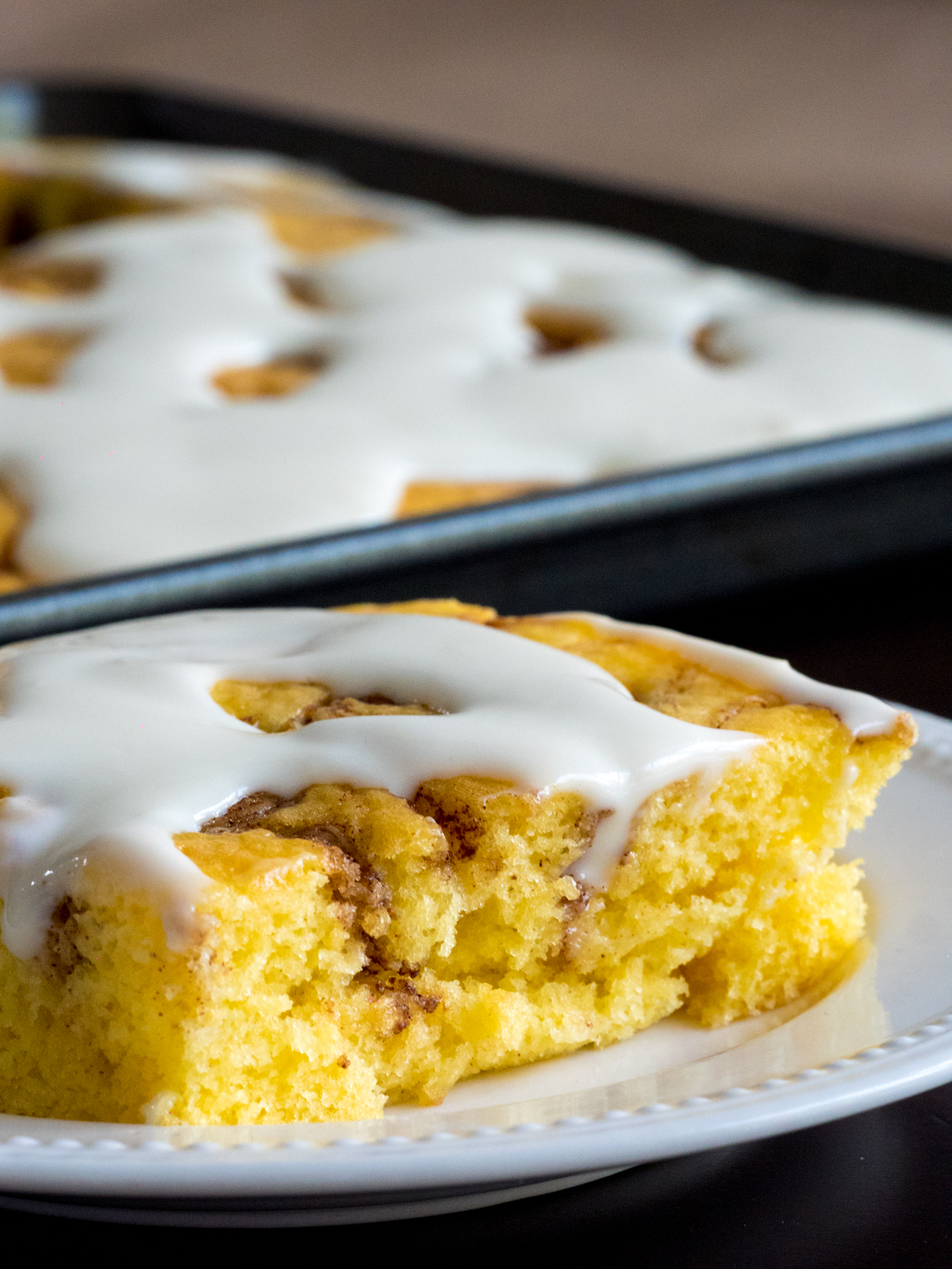 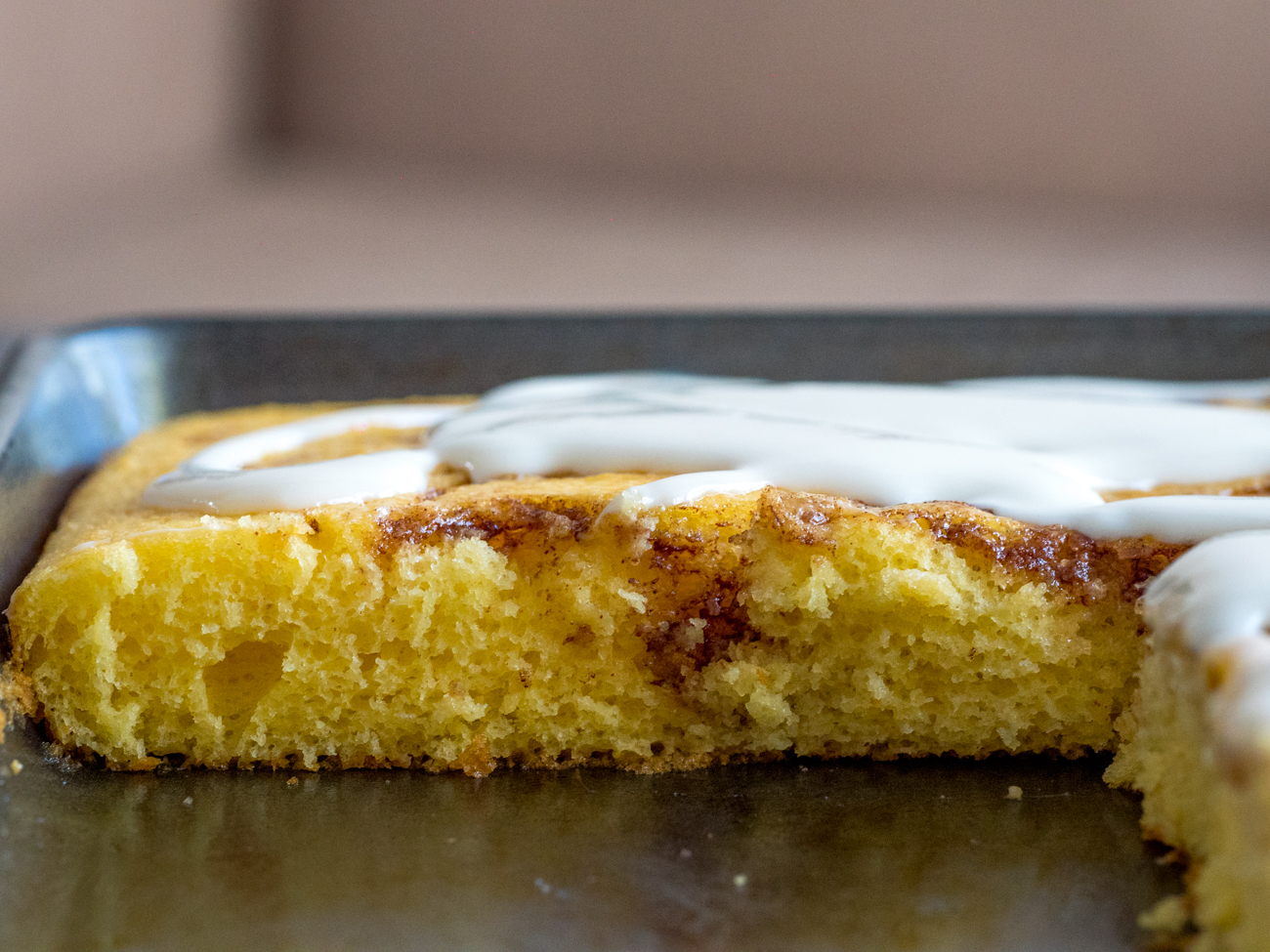 Recipe adapted from I Wash You Dry