How To Make Depression-Era Chocolate Gravy 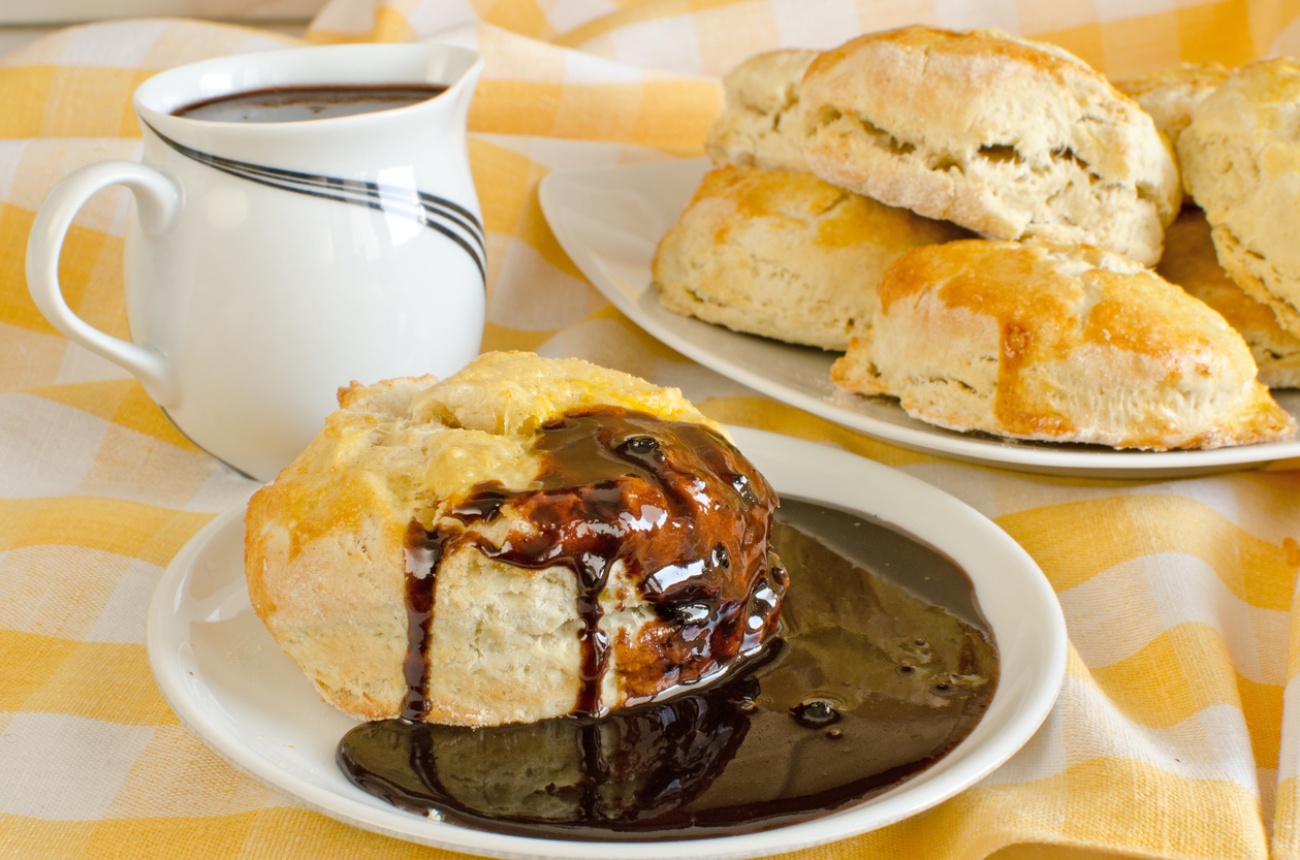 Chocolate for breakfast is an idea we can get behind, so when we heard of Chocolate Gravy we just had to give it a try! This “gravy” dates back to the Great Depression and was likely developed because the government gave rations of sugar, flour and canned milk to those living in poverty. It was a popular recipe in cookbooks throughout the 1930’s because even without rations, it was a fairly inexpensive sweet treat when treats were hard to come by. Served over basic fresh biscuits, it was (and is) a great way to dress them up. It is just so delicious! The saltiness of the biscuit contrasts nicely with the sweet chocolate that tops it, which is somewhere in-between the consistency of a sauce and a pudding. 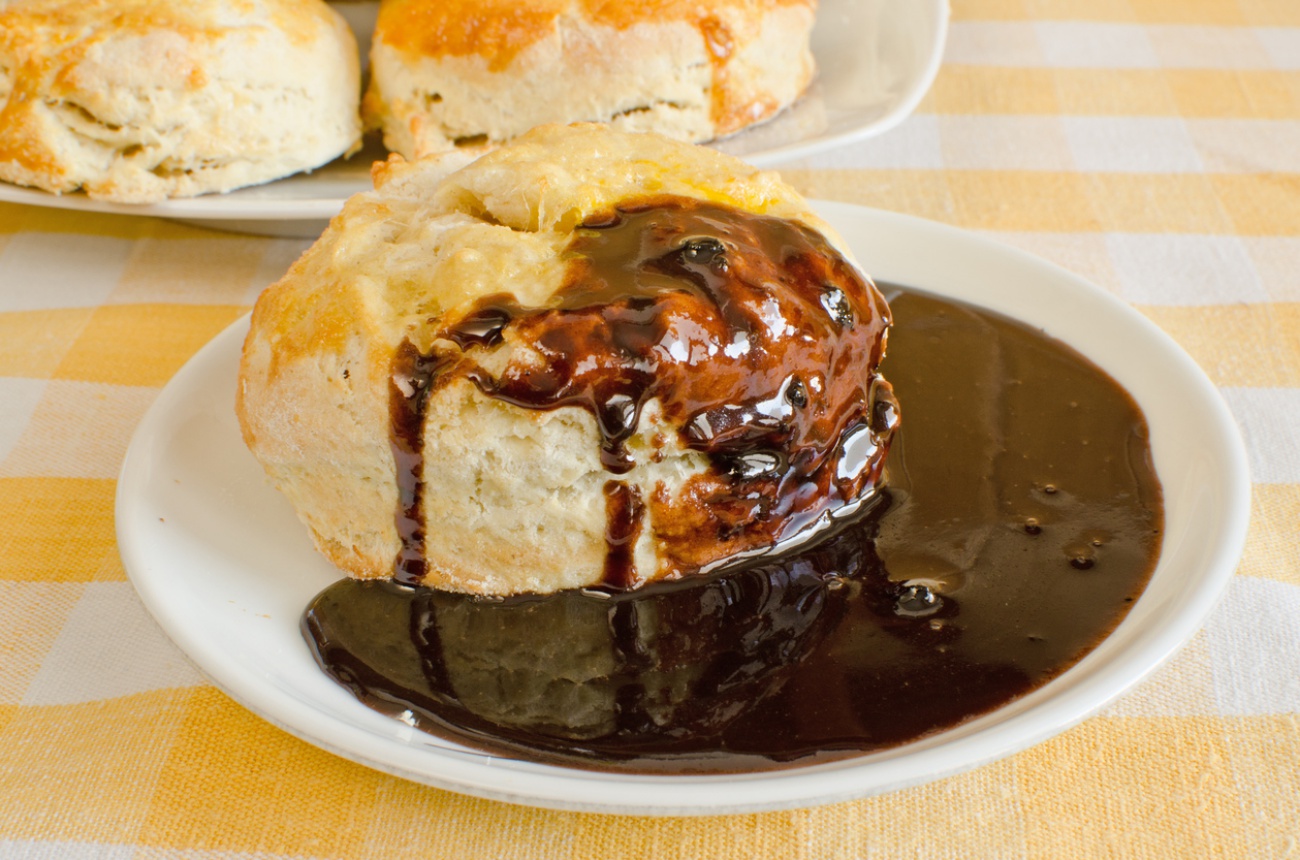 It’s called a gravy, simply because way back when anything that was thickened with a roux (a combination of fat and flour used to thicken sauces) was called a gravy. Chocolate gravy differs because the butter is stirred in at the very end instead of the fat being added at the beginning. Though we’d never tried it before, there are masses of people who have grown up eating chocolate gravy over a flaky biscuit as standard Sunday morning fare prepared lovingly by Grandma. It’s a more common dish in the south and probably came out of the Ozark and Appalachian Mountain regions. Now that we HAVE had it, we don’t think we’ll ever stop. As far as we’re concerned, any excuse to eat chocolate for breakfast is a good one and with a recipe that’s quick and uses ingredients you pretty much always have in the pantry, we’re absolutely hooked.