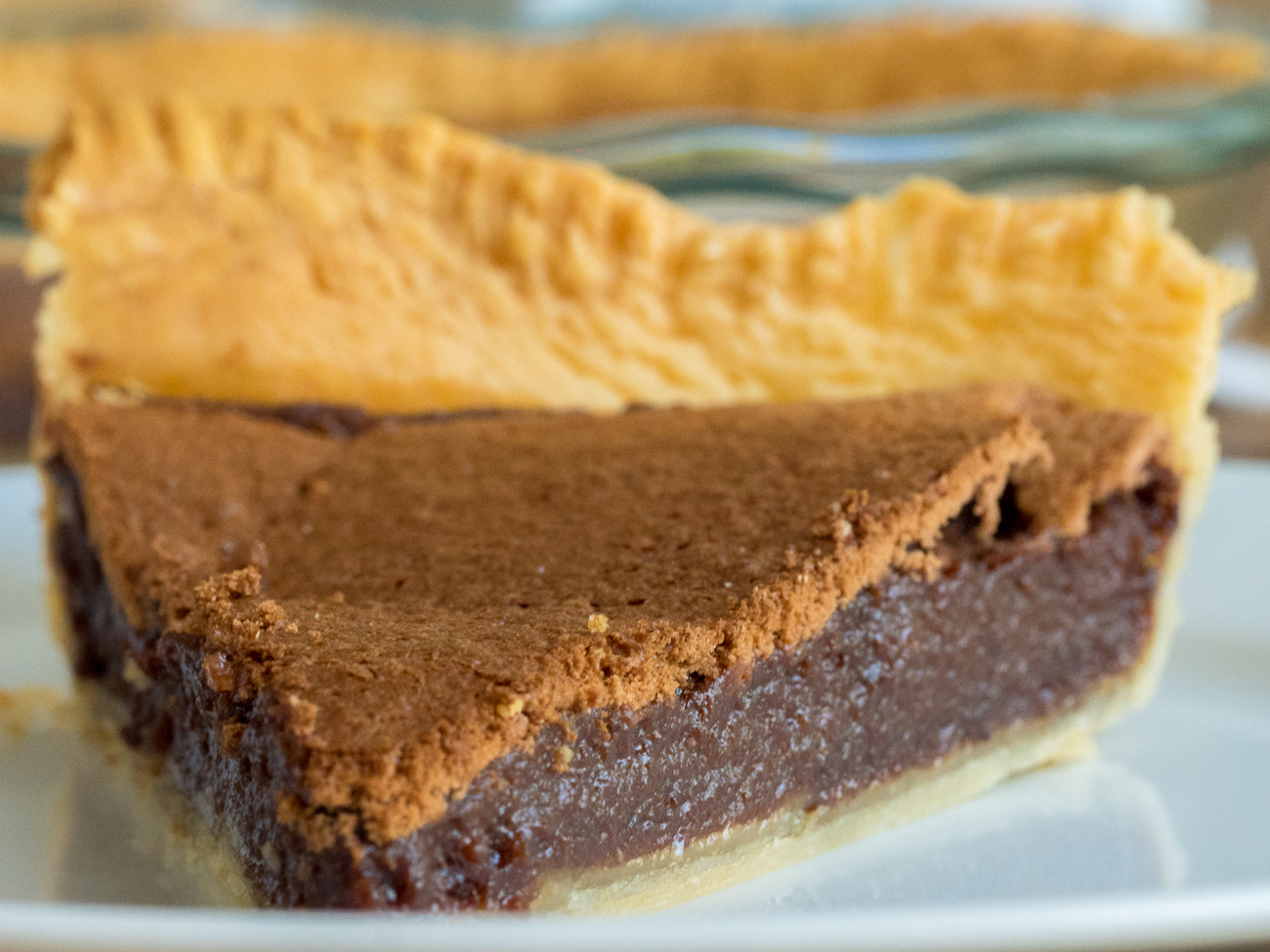 Chess pie has a long and delicious history. It’s origins date all the way back to the 1700’s, so we know it’s been delighting taste buds for centuries, just as it still does today. While it’s quite clear that it’s as tasty as can be, how it gets its name is not quite as transparent. There are a few main theories. 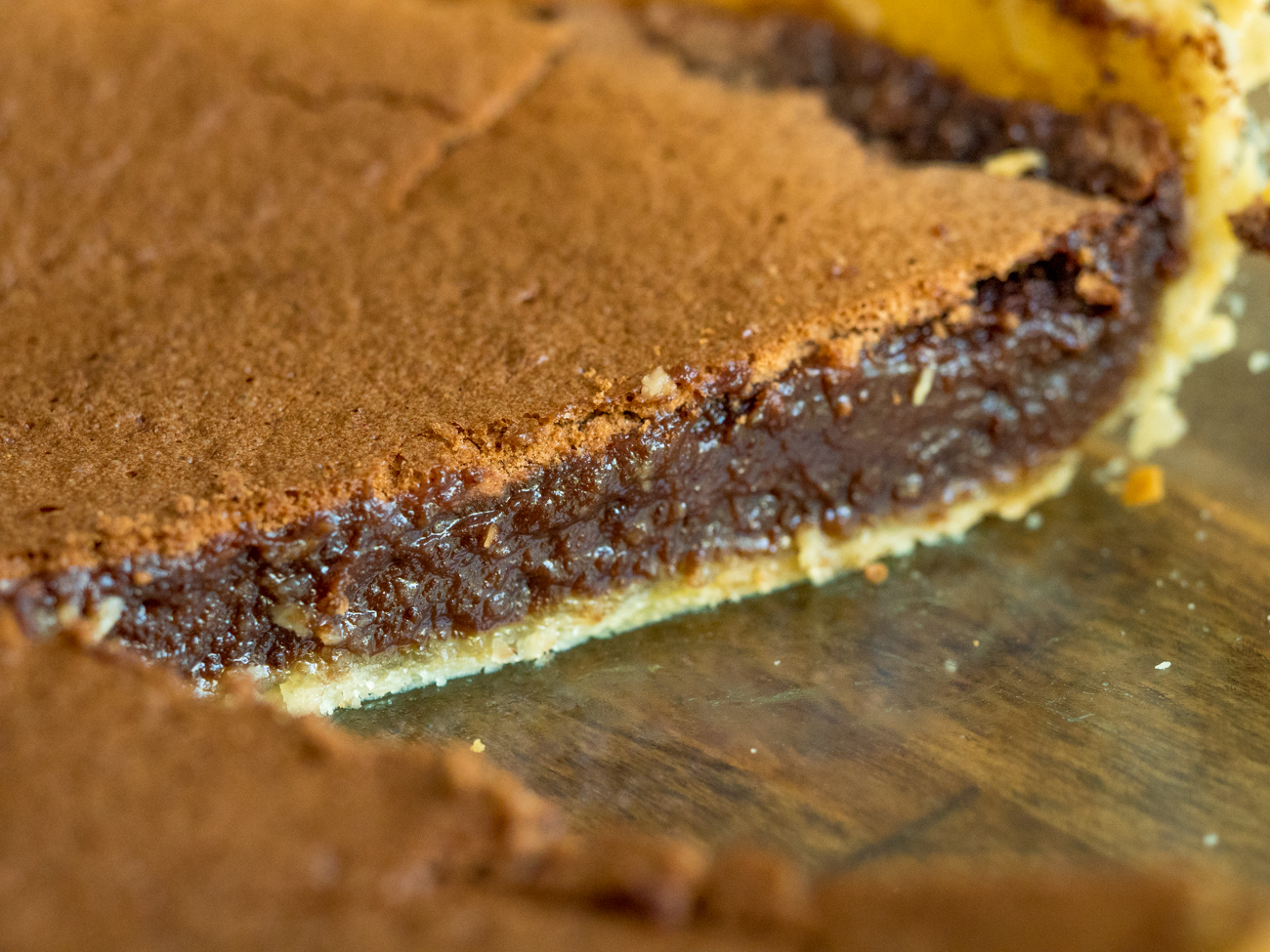 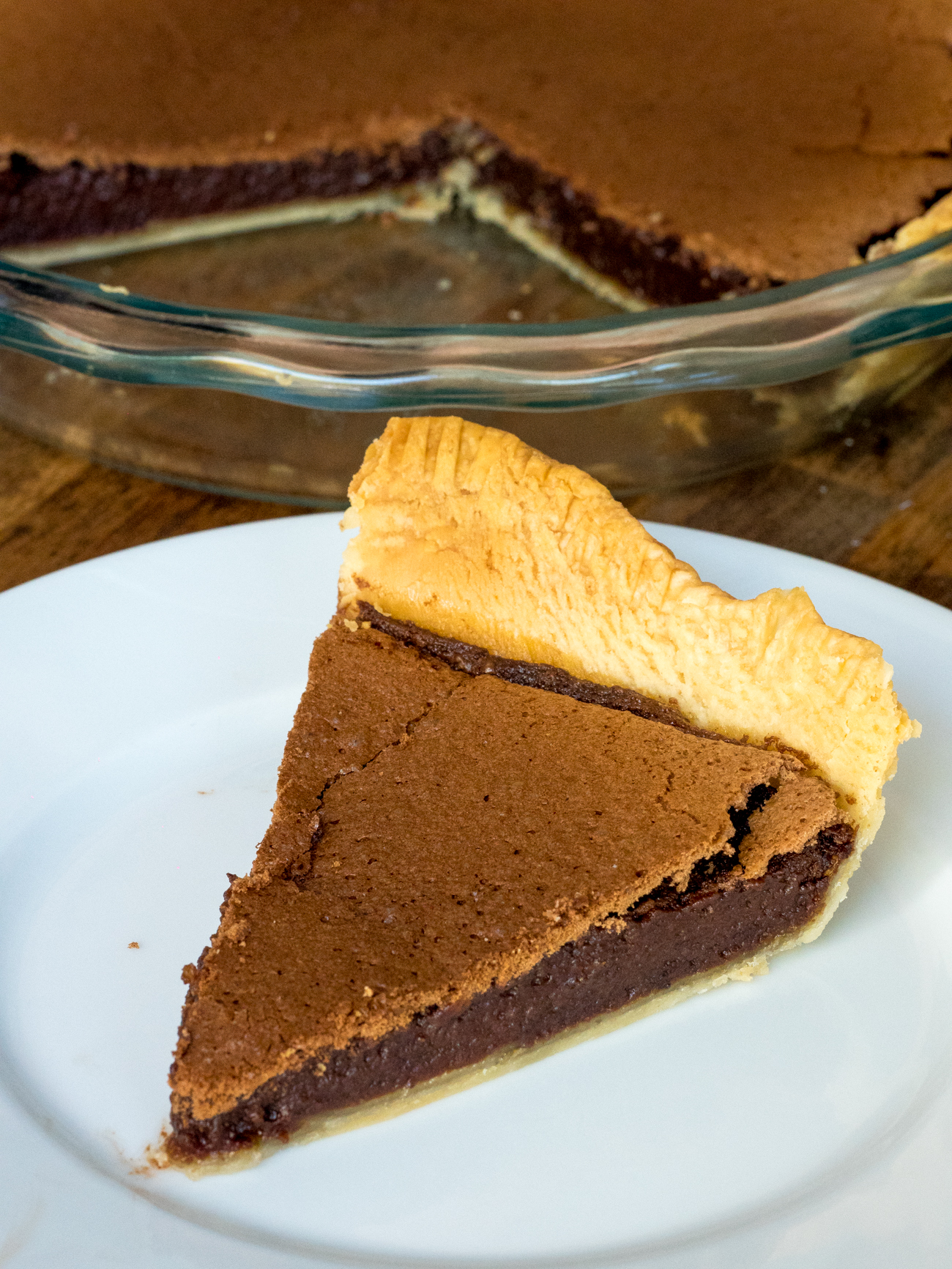 Some say the name comes from a Southerners’ dialect, “It’s jes’ pie.” (It’s just pie.) Others say that it’s a distortion of “cheese pie,” because the custard-like filling is very similar to the English cheesecakes that were popular in the American Colonial era. Some people think that men were often handed a plate of it as they went off together to play chess. And some say that because the plentiful amount of sugar acted like a preservative, it kept well in pie chests and was known as “chest pie,” but the Southern drawl had a tendency to leave off the ’t’ at the end. 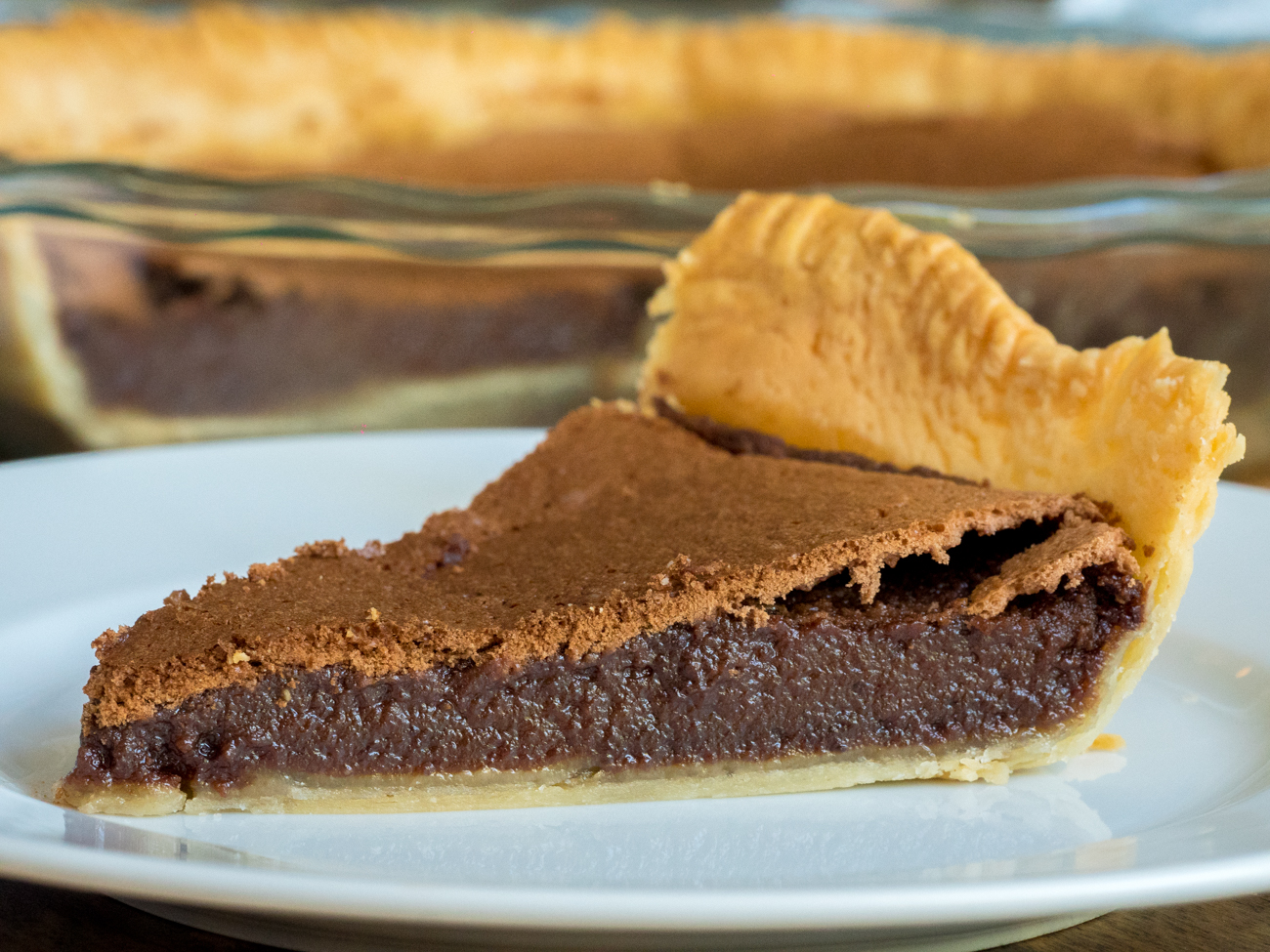 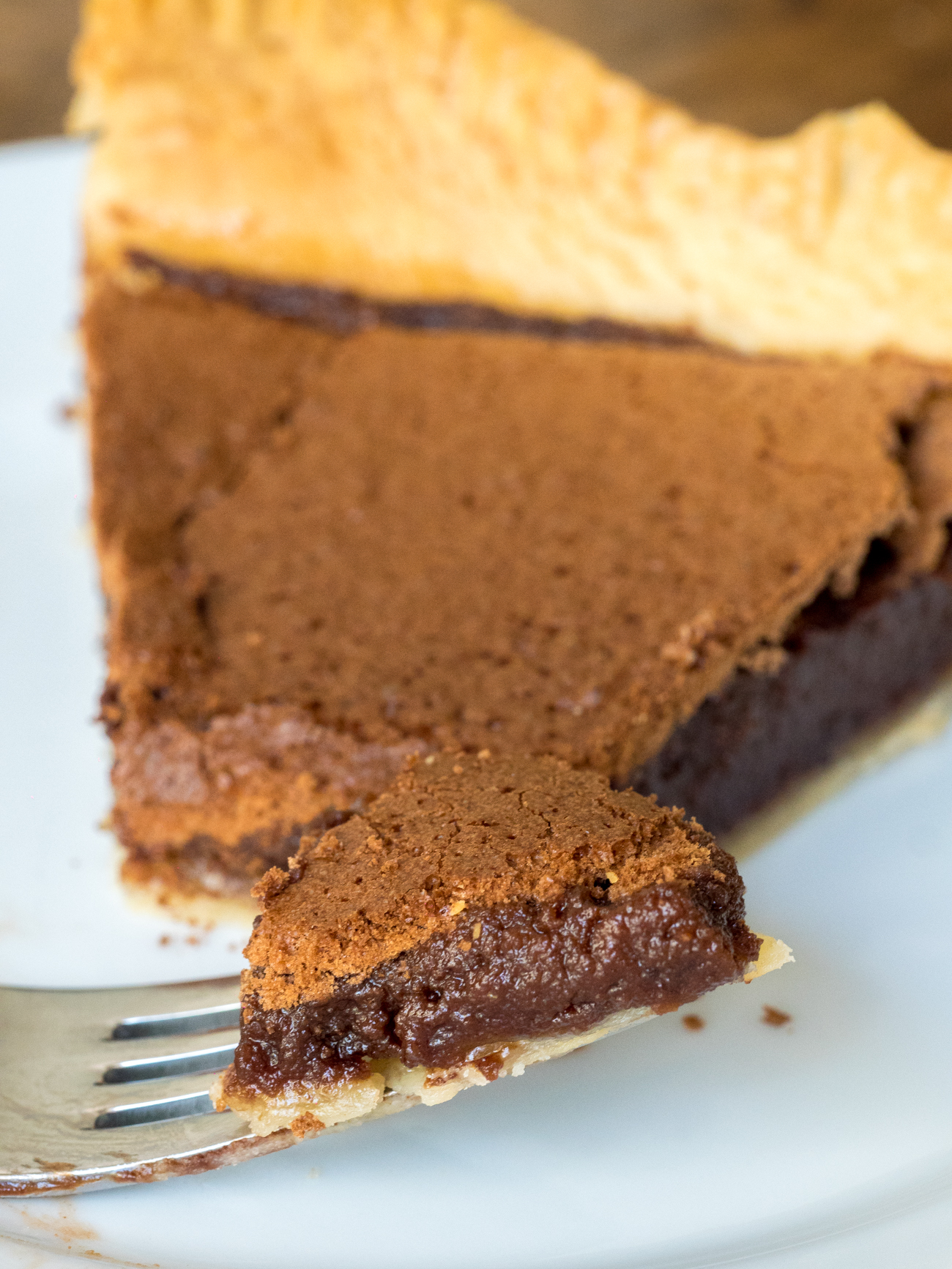 While its name might be kind of confusing, the process is not. A little stirring and four basic ingredients (flour, sugar, butter, eggs) and you have a chess pie. They can be flavored with vanilla, lemon, pecans, chocolate (our favorite), coconut, or even a little cornmeal. It’s known as pantry pie because it’s made out of everyday ingredients, but one delectable bite defies how simple it really is. This classic Chocolate Chess Pie is rich and fudgey and totally delicious. It may be old-fashioned, but we think that means there’s just good reason it’s stuck around so long.