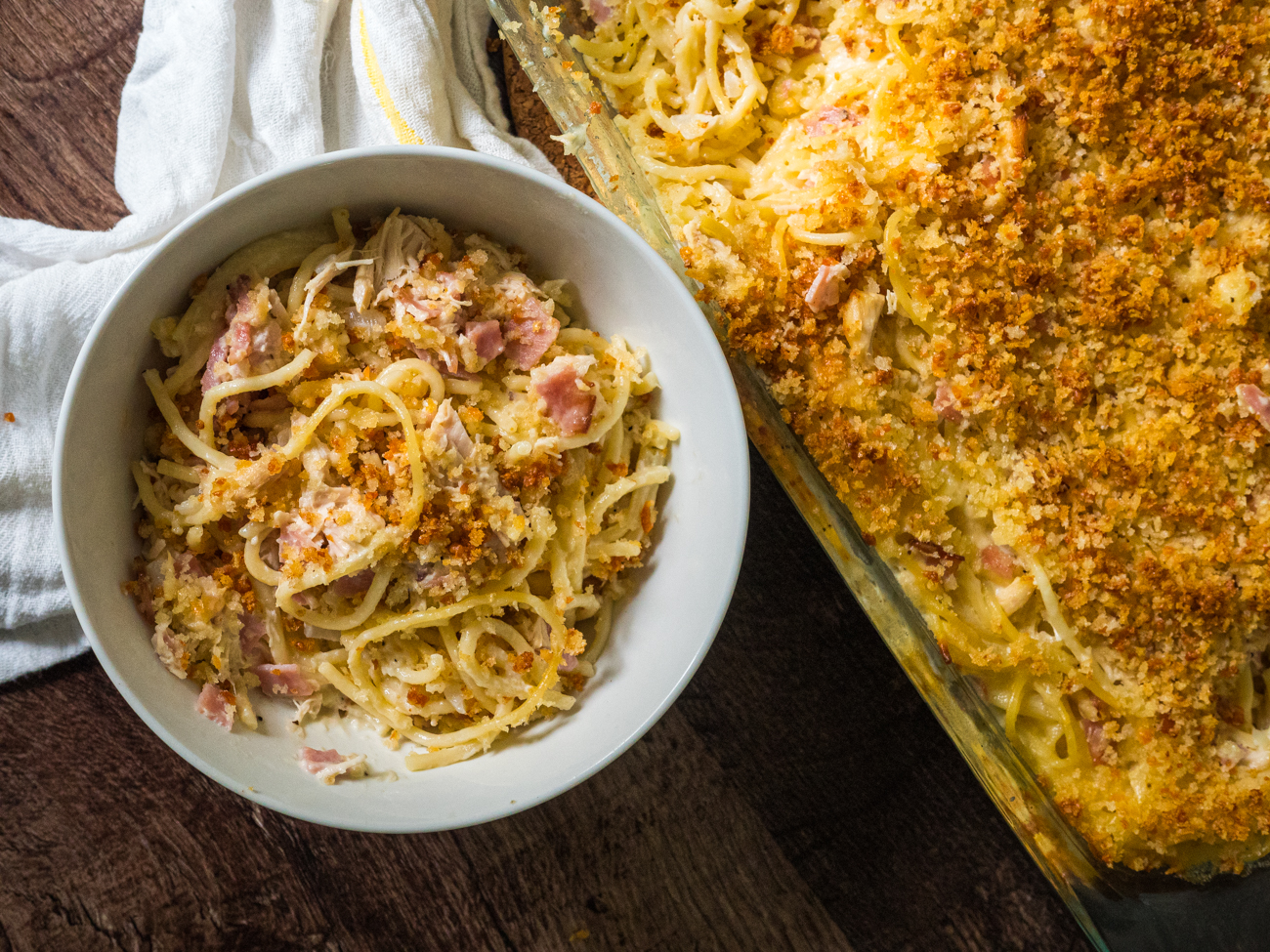 Chicken Cordon Bleu is one of those food situations where the whole is greater than the sum of its parts. The combination of crunchy breaded chicken, savory ham, and nutty, melted Swiss cheese is a trio so fine that it seems like those three ingredients were just meant to be together. It seems like there’s not a thing you could do to improve upon that combination… But what if you added the comfort of pasta? And baked it into a cozy, creamy casserole? Well, then you’d have our Chicken Cordon Bleu Tetrazzini, which has all the flavor of that classic trio but in comforting casserole form. 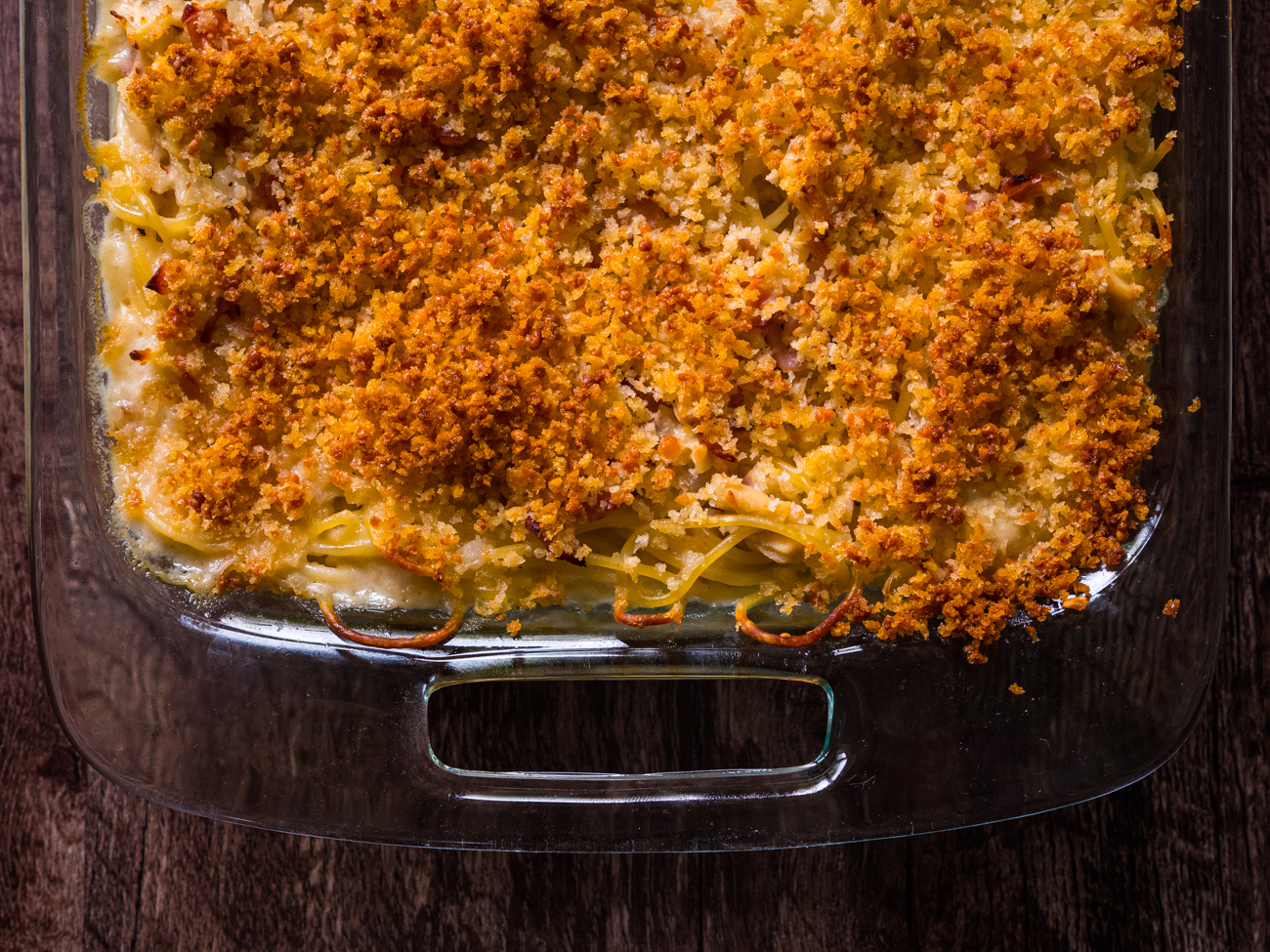 The breadcrumb topping here is inspired by the irresistible breadcrumb coating that you know from traditional Chicken Cordon Bleu. Our topping is just as irresistible, if not more so. It relies on Panko breadcrumbs, which are tossed with melted butter and Parmesan before being sprinkled atop the casserole. This ensures that every little crumb is coated in butter so that every little crumb gets toasty and golden brown in the oven. 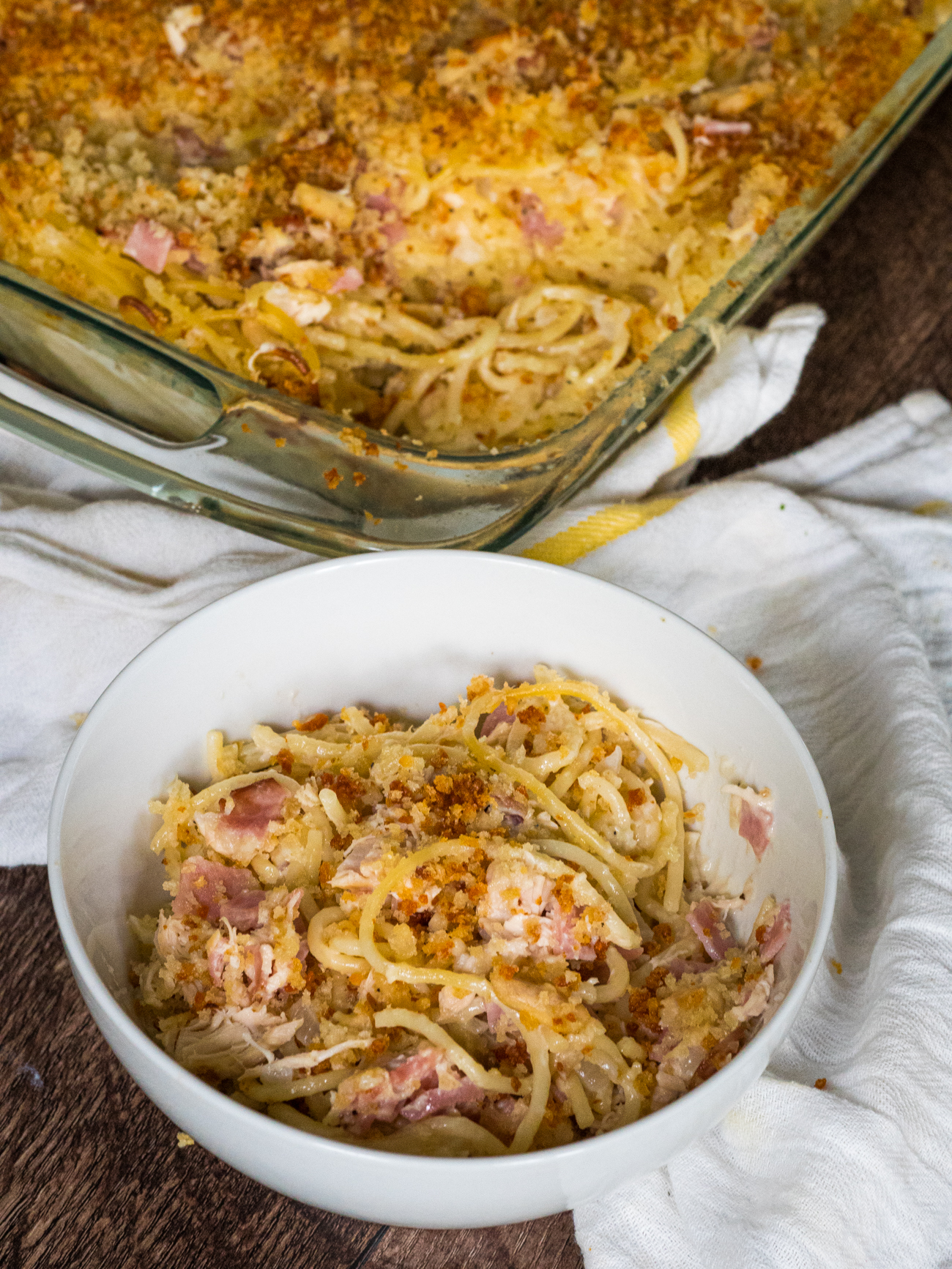 I’m not saying that the breadcrumb topping entirely steals the show, because what lies under it is just as worthy of praise. As with any tetrazzini, tender spaghetti noodles are folded into a creamy sauce and then baked, but in this one, shredded chicken and ham join it along with just enough Swiss cheese to seamlessly melt into and flavor the sauce without overpowering it. 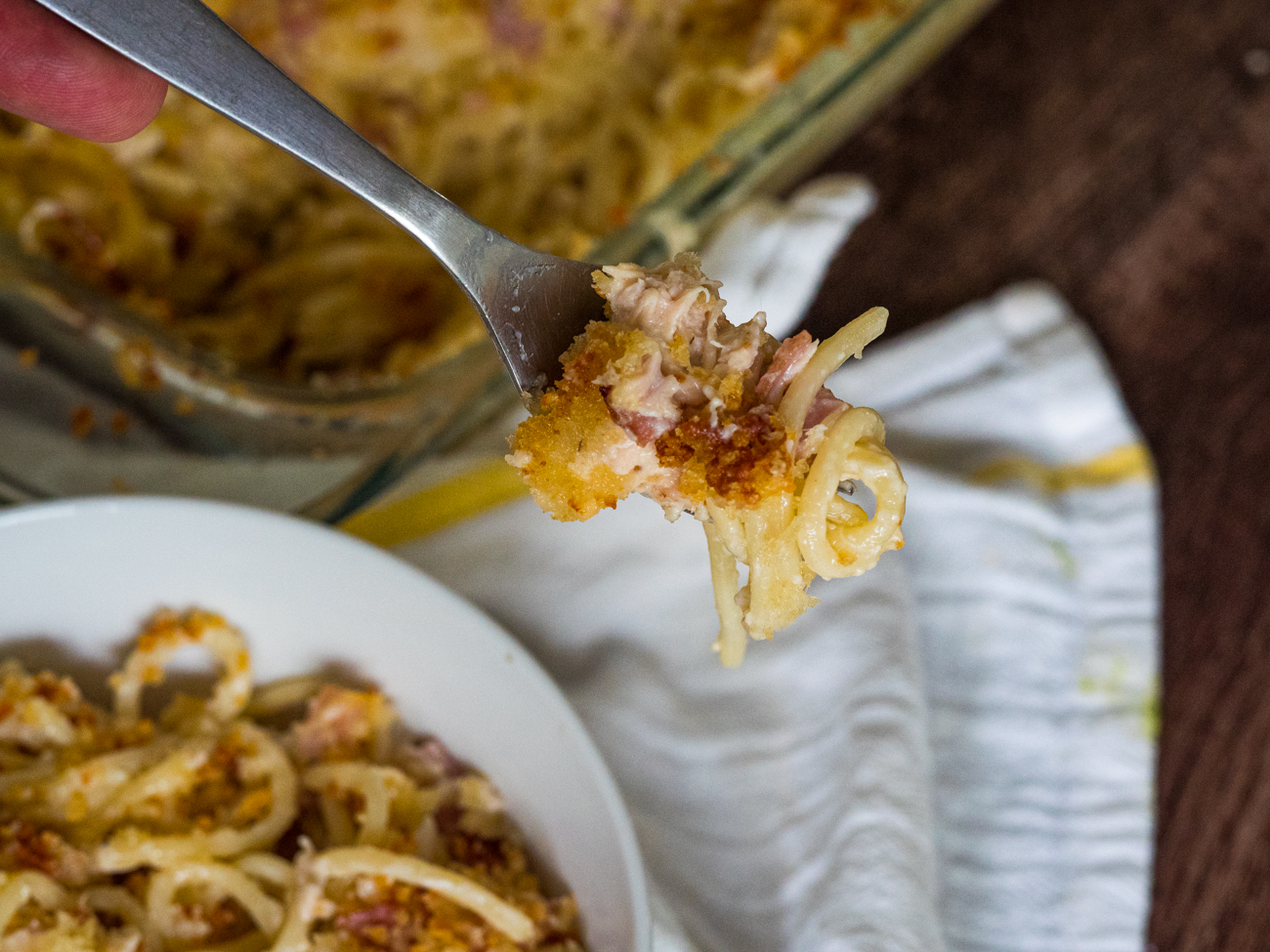 It’s everything you could want from a tetrazzini – a creamy and comforting bake that’s studded with protein and layered with an oh-so-crunchy topping – but it borrows that core Cordon Bleu flavor combo and makes use of it so well. 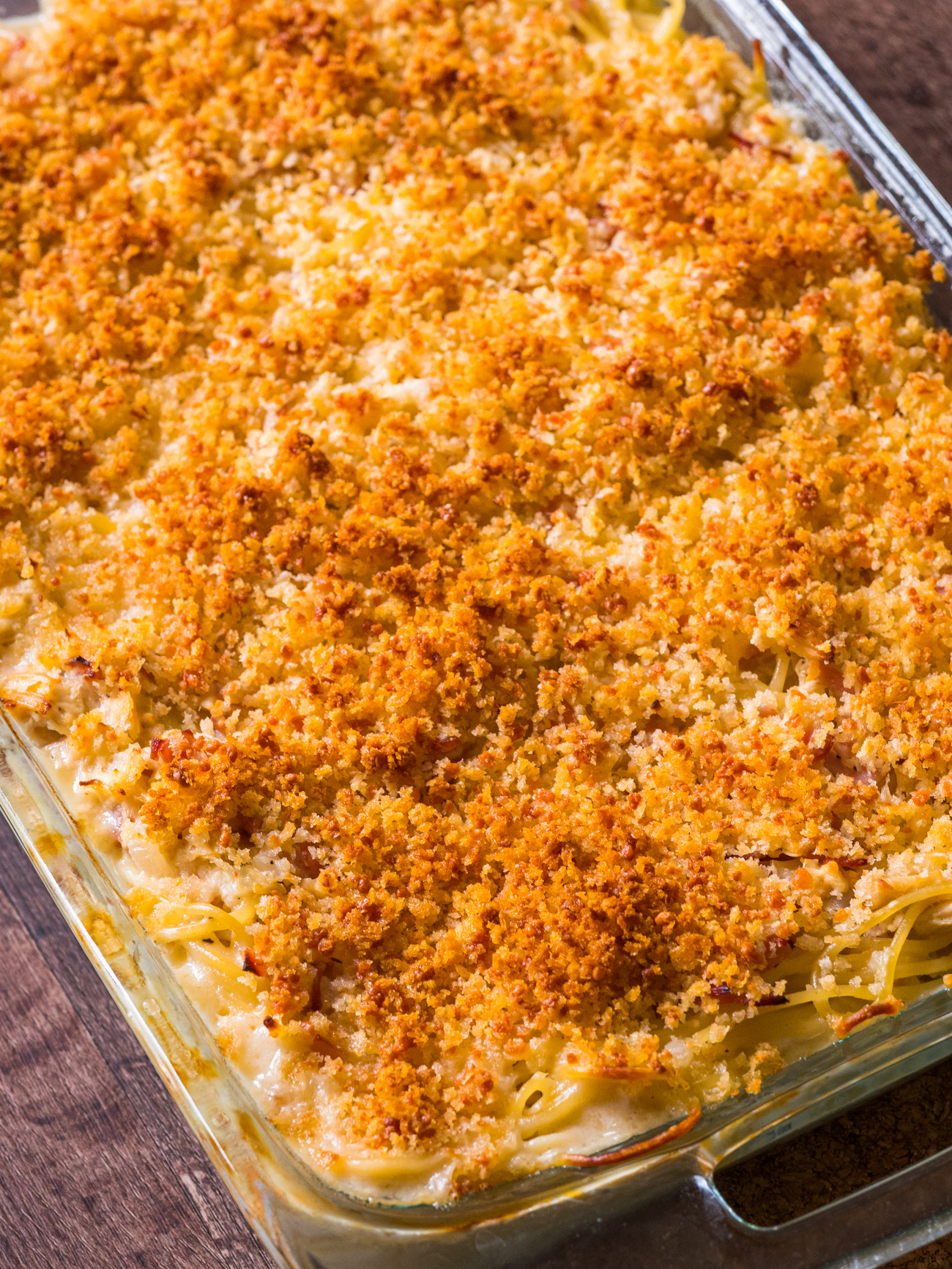