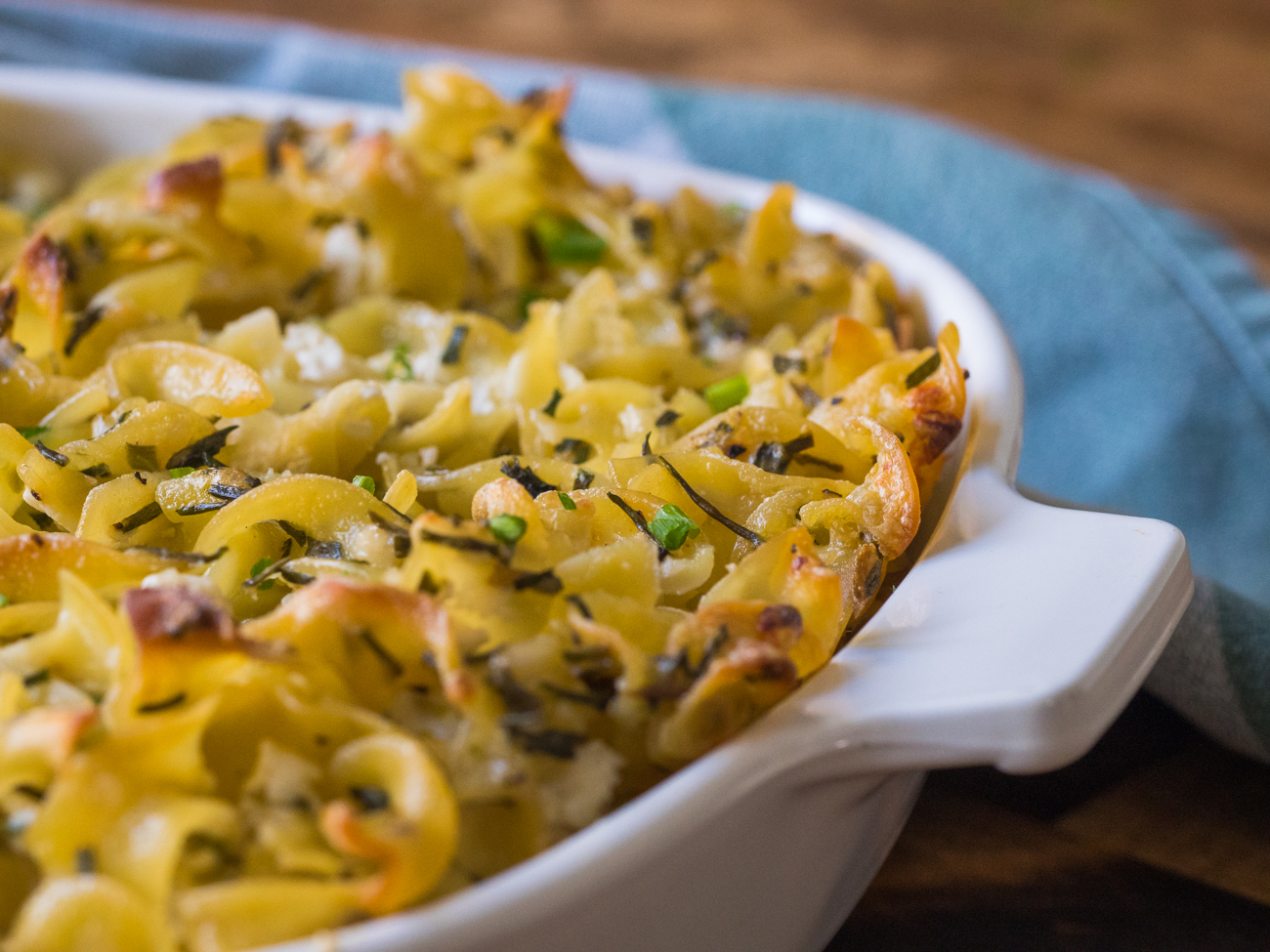 It’s said that the one and only Jackie O served this simple and easy to make casserole during her stay in the White House. One such occasion was at a private dinner on March 15, 1961 in honor of Prince and Princess Radziwill, who were the brother-in-law and sister to the First Lady. Jackie Kennedy was a woman with exquisite taste, so if she loved this casserole… well then, that’s all the information we need! 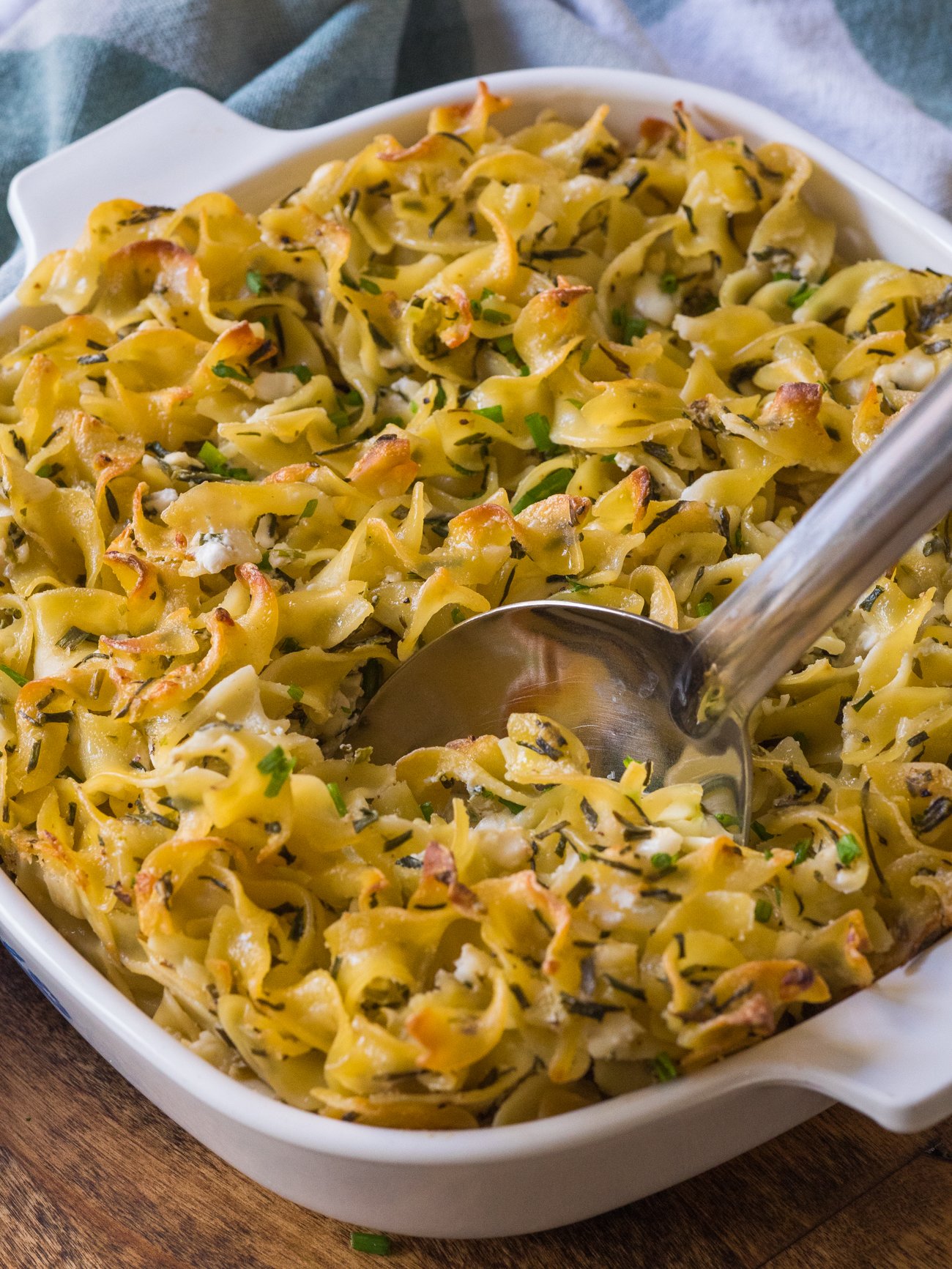 This isn’t a heavy casserole or one that relies on a ton of layered ingredients for flavor. Rather, it’s a delightfully easy casserole to make, with just a few simple ingredients but it’s comforting and classic in its simplicity. 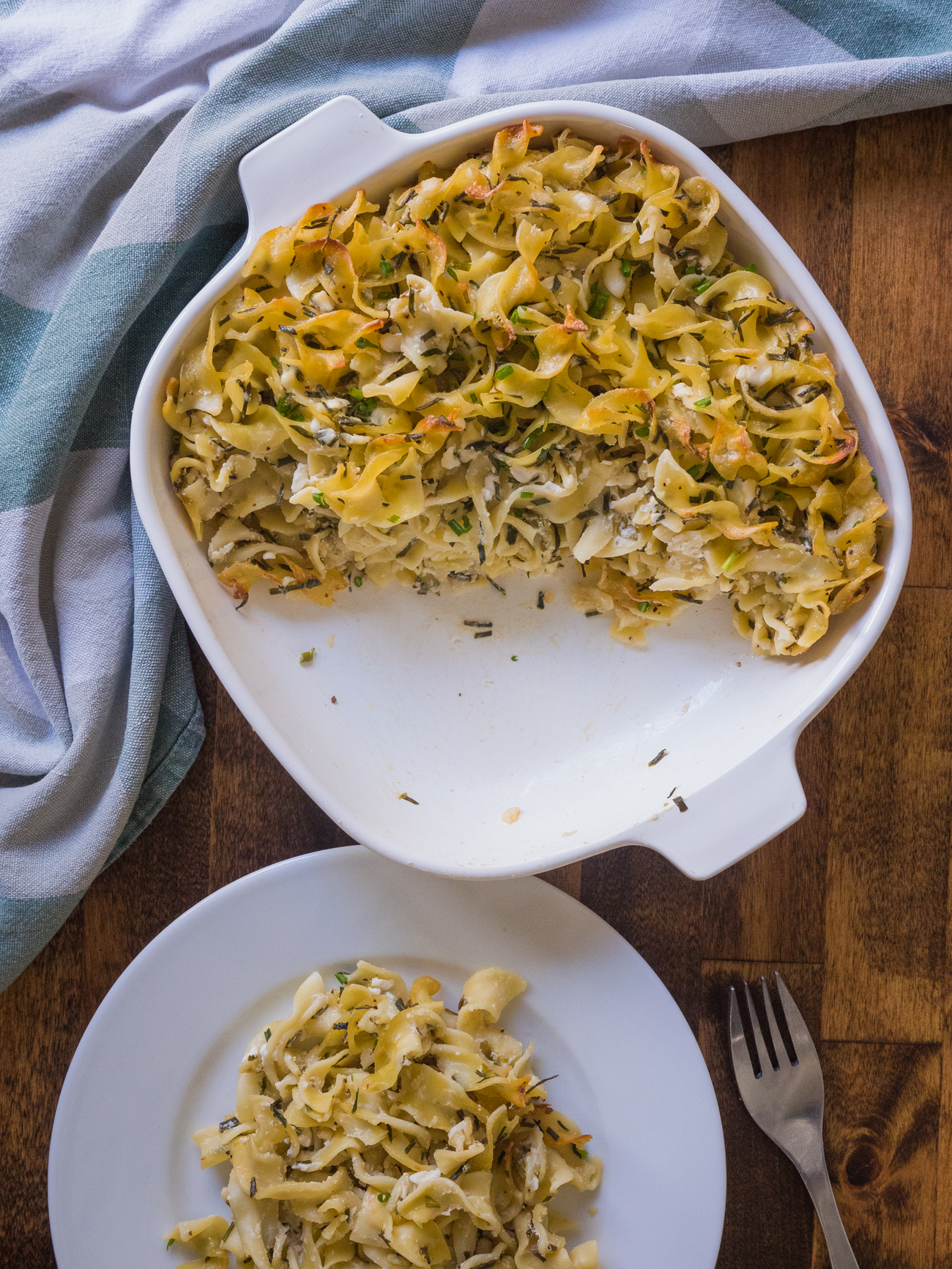 Tender egg noodles are folded into a mixture of sour cream and cottage cheese that’s been seasoned with some salt and pepper and chopped chives, and the whole thing bakes until it’s hot and bubbly. And that’s it! That’s all there is to do. It may seem too simple but it’s a combination that works so well, it tastes like more than enough. 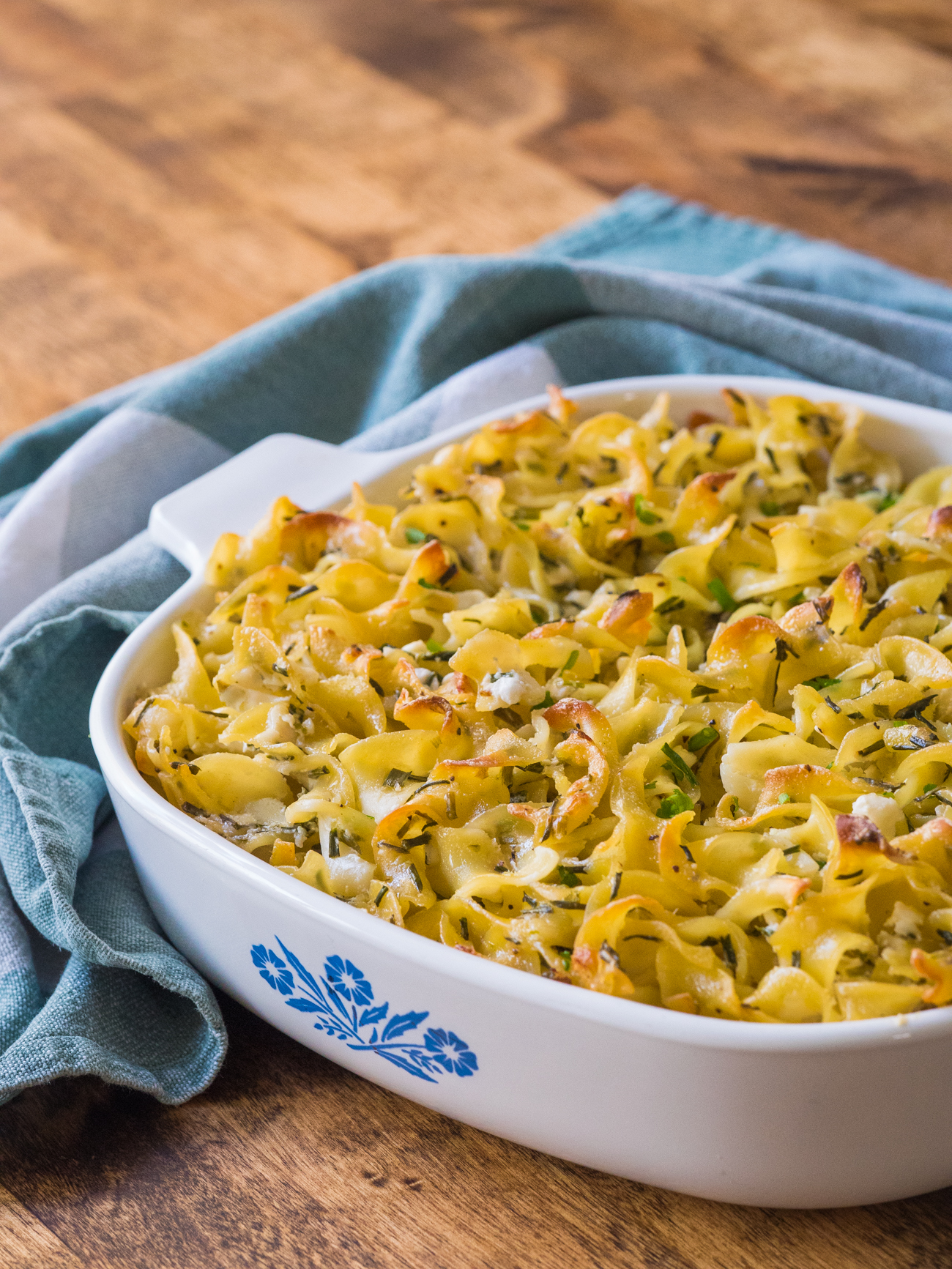 The First Lady’s Casserole Marie Blanche is creamy but not overwhelming, and just the kind of comforting and inviting dish to serve to dinner guests – whether or not you happen to be living in the White House.