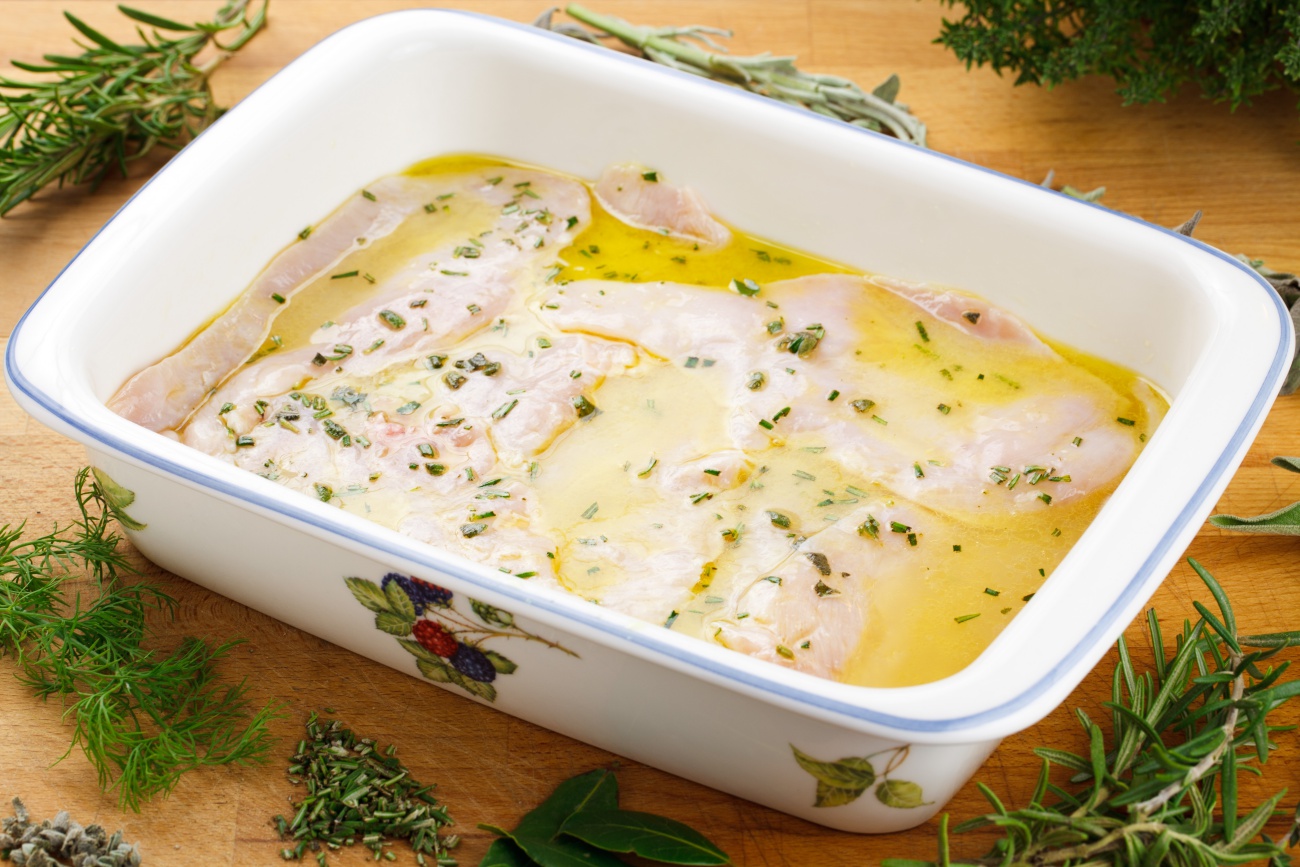 It’s easy to fall back on chicken for dinner; it’s versatile, it’s healthy, it’s relatively cheap, and it cooks up quick. But sometimes it seems that chicken breast recipes are a dime a dozen and it’s hard to find one that really stands out. But this one does. It’s so flavorful, with a buttery sauce permeated with fresh chopped herbs and chicken that bakes up moist and tender.

And it’s easy. The best part might be that the marinade that the chicken soaks in is the foundation for the sauce. So the chicken marinates in the baking dish in the fridge and when you’re ready to bake, it’s just a matter of pouring over some melted butter to complete that delectable sauce before you pop it in the oven. As it bakes, the sauce simmers down a bit and all of that lemon, herb, and butter flavor gets baked right into the chicken. Taking a moment or two to spoon the sauce over the chicken as it bakes ensures that it’s totally smothered in goodness when it comes out of the oven. When you serve this, you can spoon that sauce over steamed veggies or mashed potatoes or whatever you plan to serve alongside. 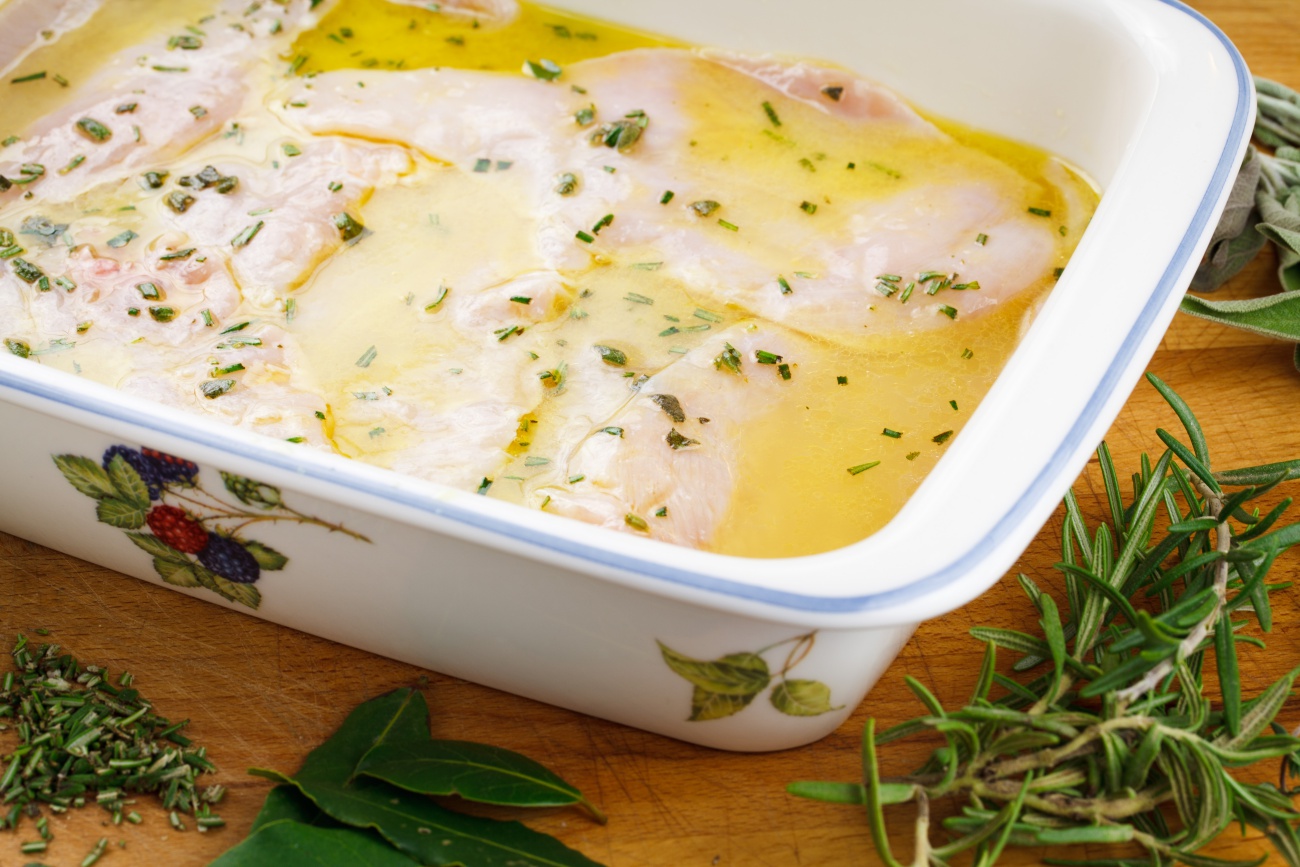 If you don’t have fresh herbs on hand or don’t particularly want to load up your grocery cart with them, you can substitute dried herbs here. Dried herbs tend to be more concentrated in flavor, so you just want to use a third of what the recipe calls for. So one tablespoon (which is 3 teaspoons) of fresh rosemary would become one teaspoon of dried rosemary. Bon appetit!