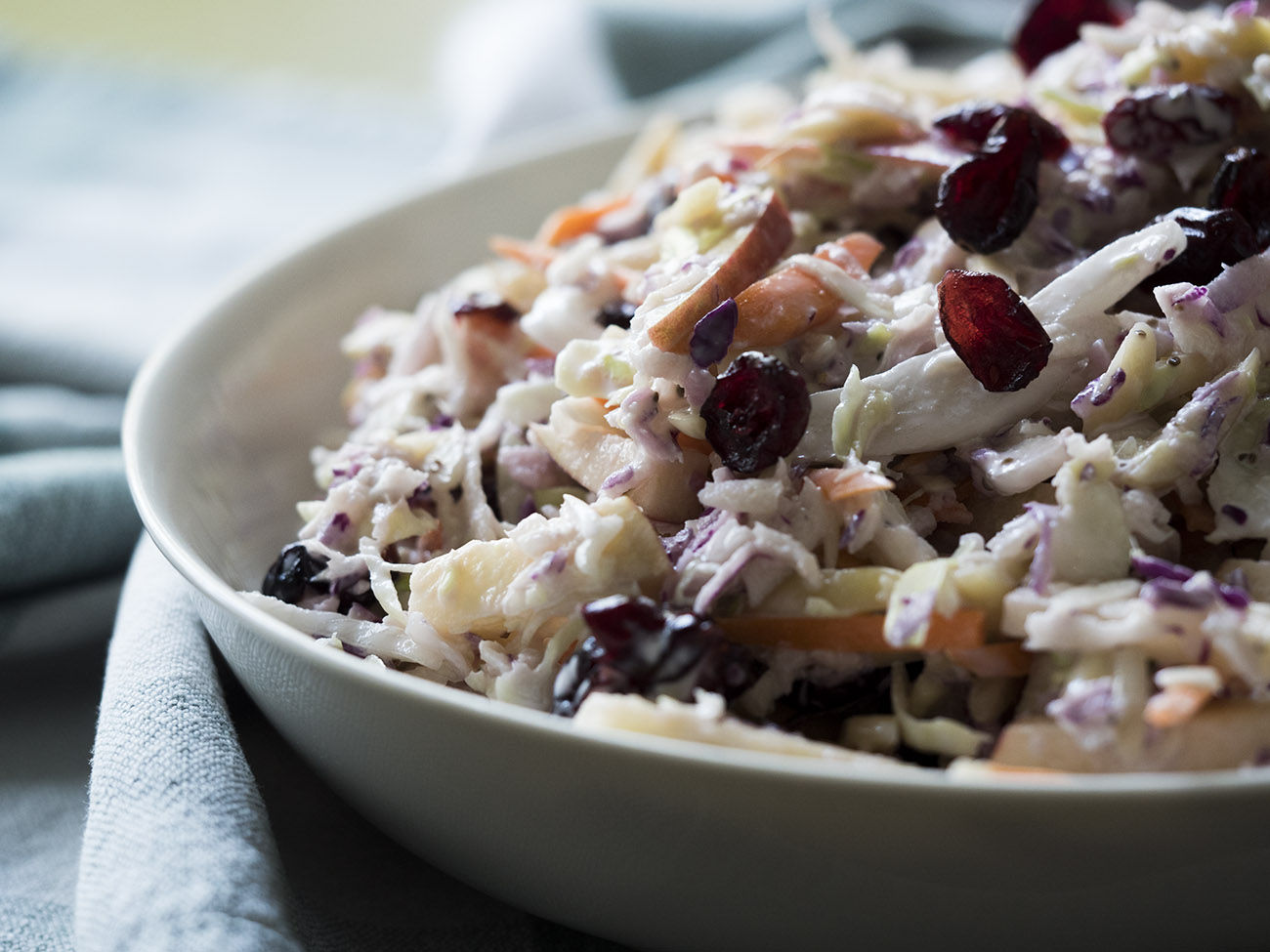 Cole slaw is great, but everyone’s so used to the same old recipe, that there never seems to be anything new or exciting about it…until now, that is. While the base of this cole slaw is familiar to anyone who’s made it before, we switched a few things up to make it more interesting: apples, dried cranberries and slivered almonds! 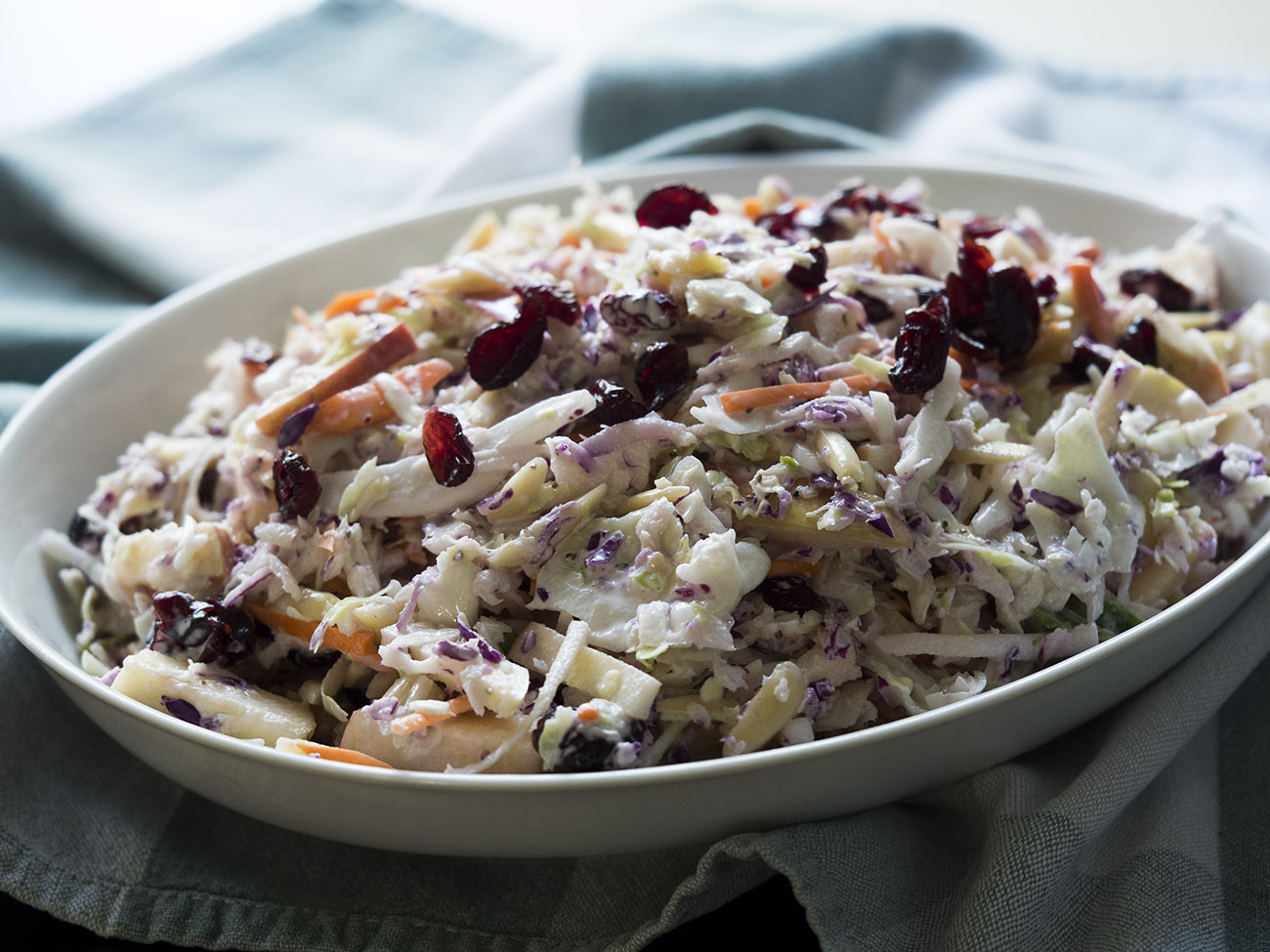 The great thing about this recipe is that it’s just similar enough to the traditional version, while still being new and delicious, resulting in the perfect balance. We used half Greek yogurt and half mayonnaise as the base for the dressing, which kept things from being too sweet and also lightened things up calorically-speaking, so we could go back for seconds. The apples and almonds add the best amount of crunch, and the craisins offer soft, sweet contrast. After bringing this to one potluck we know we’ll be making it again soon – it was gobbled down!