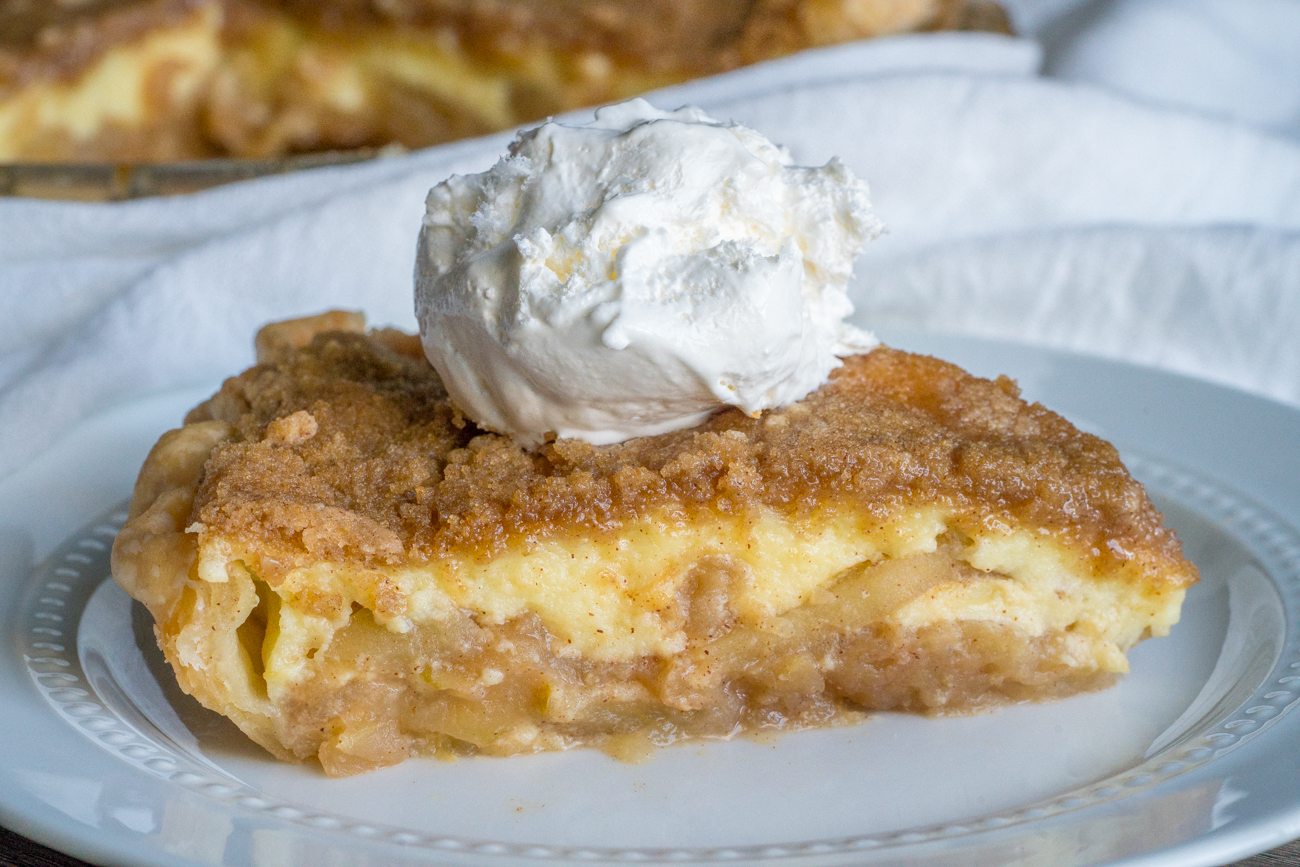 We all love apple pie just as it is. There’s no arguing with that. But what if you took a classic apple pie and paired it with a creamy, buttermilk custard filling and a delicate cinnamon-spiced crumble topping? That certainly wouldn’t be a bad thing. In fact, it’s a great thing. This Apple Buttermilk Custard Pie has everything you love about original apple pie – the flaky crust, the tender spiced apples – it’s just a little extra. I’m not saying it should replace the classic completely, I’m just saying there’s certainly room for both in your baking roster. (And if not, make room. Trust me.) 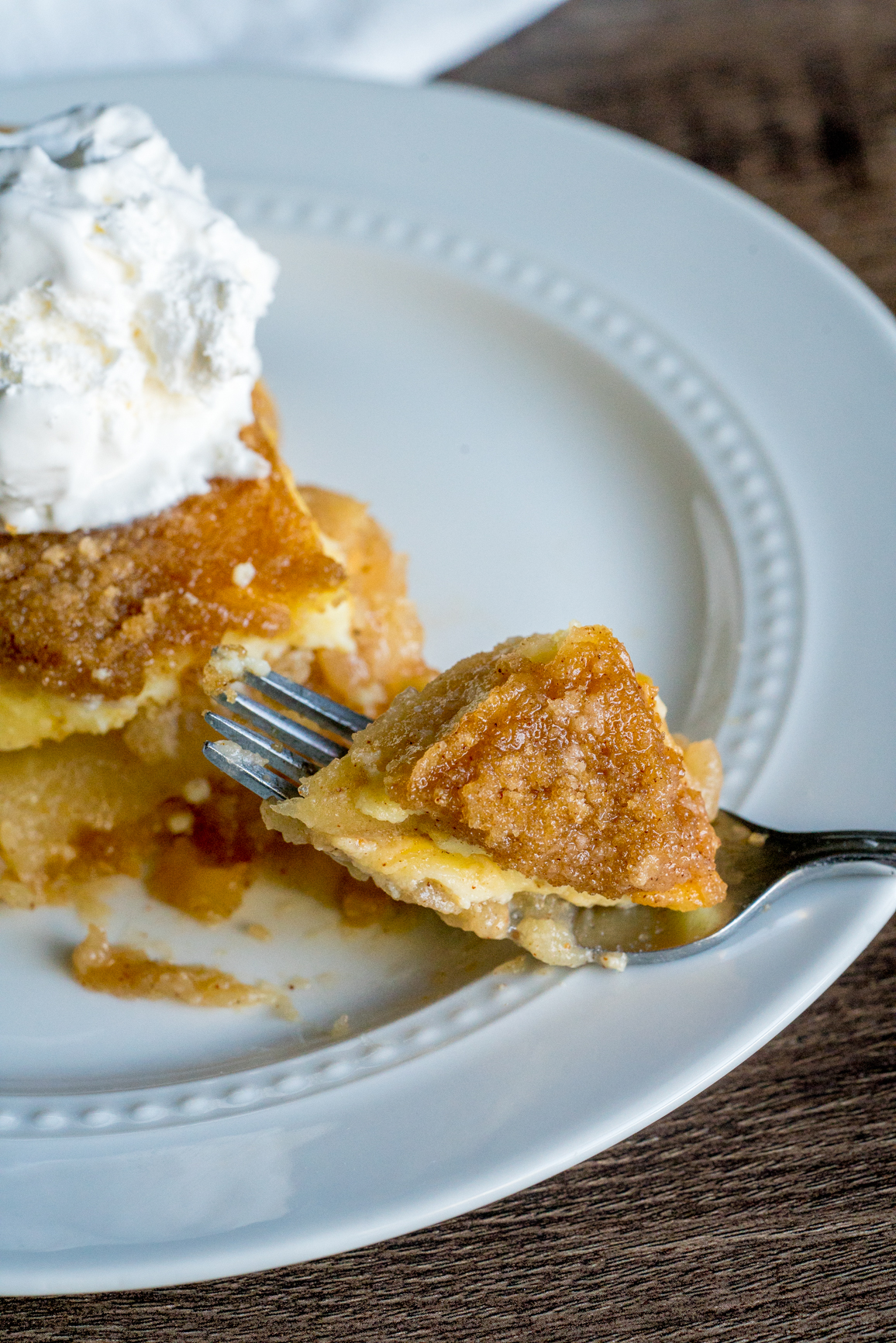 In this pie, you still get tender cinnamon-spiced apples, but they’re precooked a bit. After all, we wouldn’t want their texture to be a shocking contrast to the silky smooth custard that surrounds them. 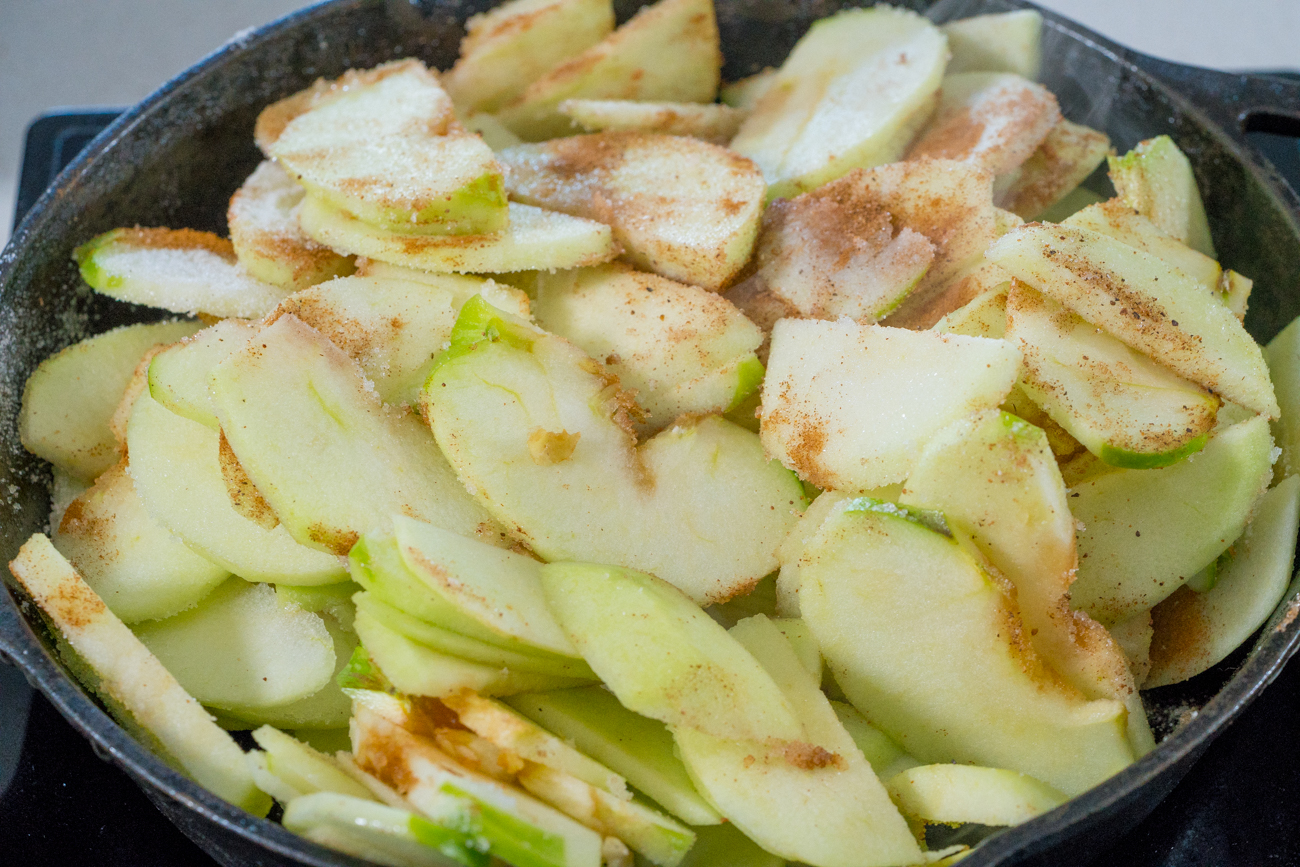 Once they’re soft, they go into an unbaked pie shell… 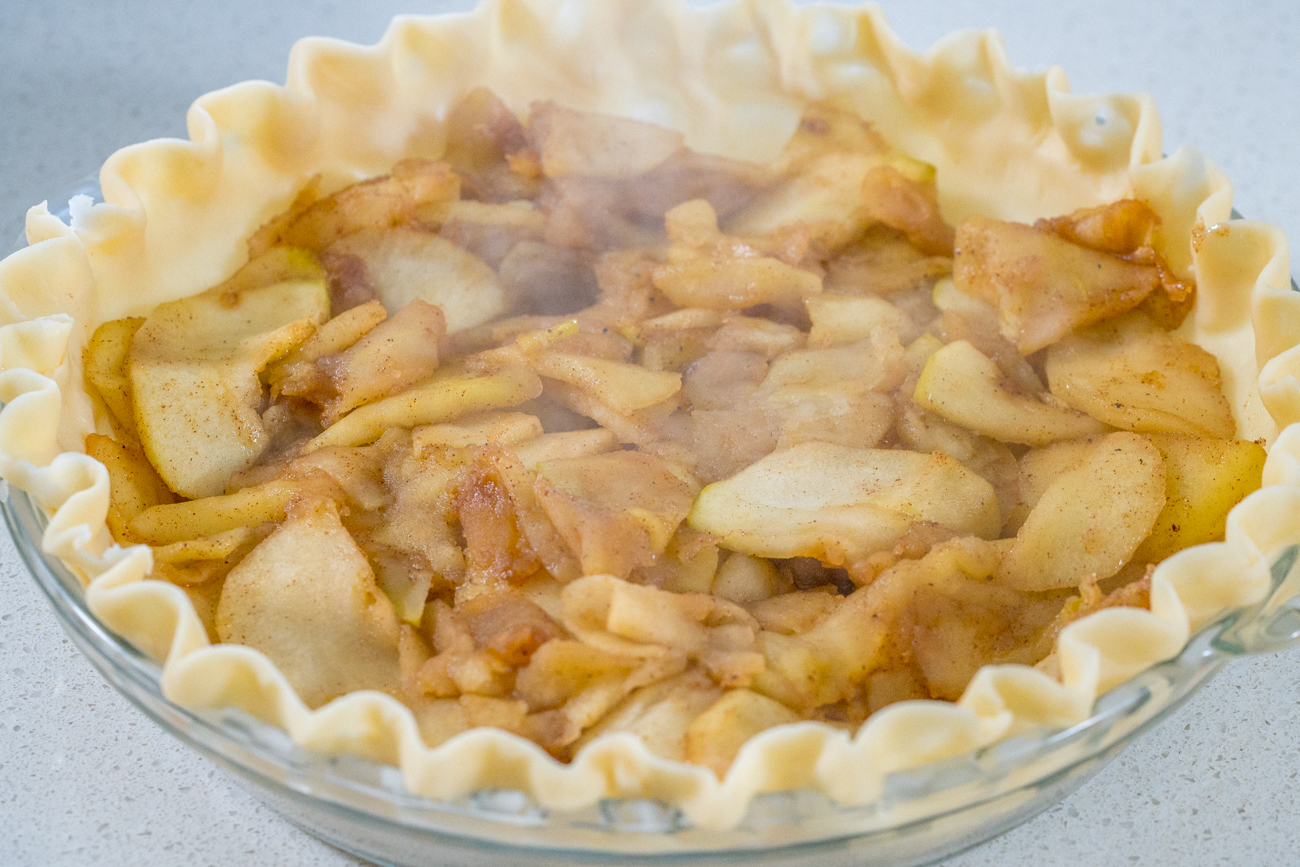 …where they hang out until you’re ready to smother them with a simple, vanilla-scented buttermilk custard. There’s no pre-cooking of the custard that needs to take place. It’s just a matter of stirring together a few simple ingredients and then pouring them over the apples. 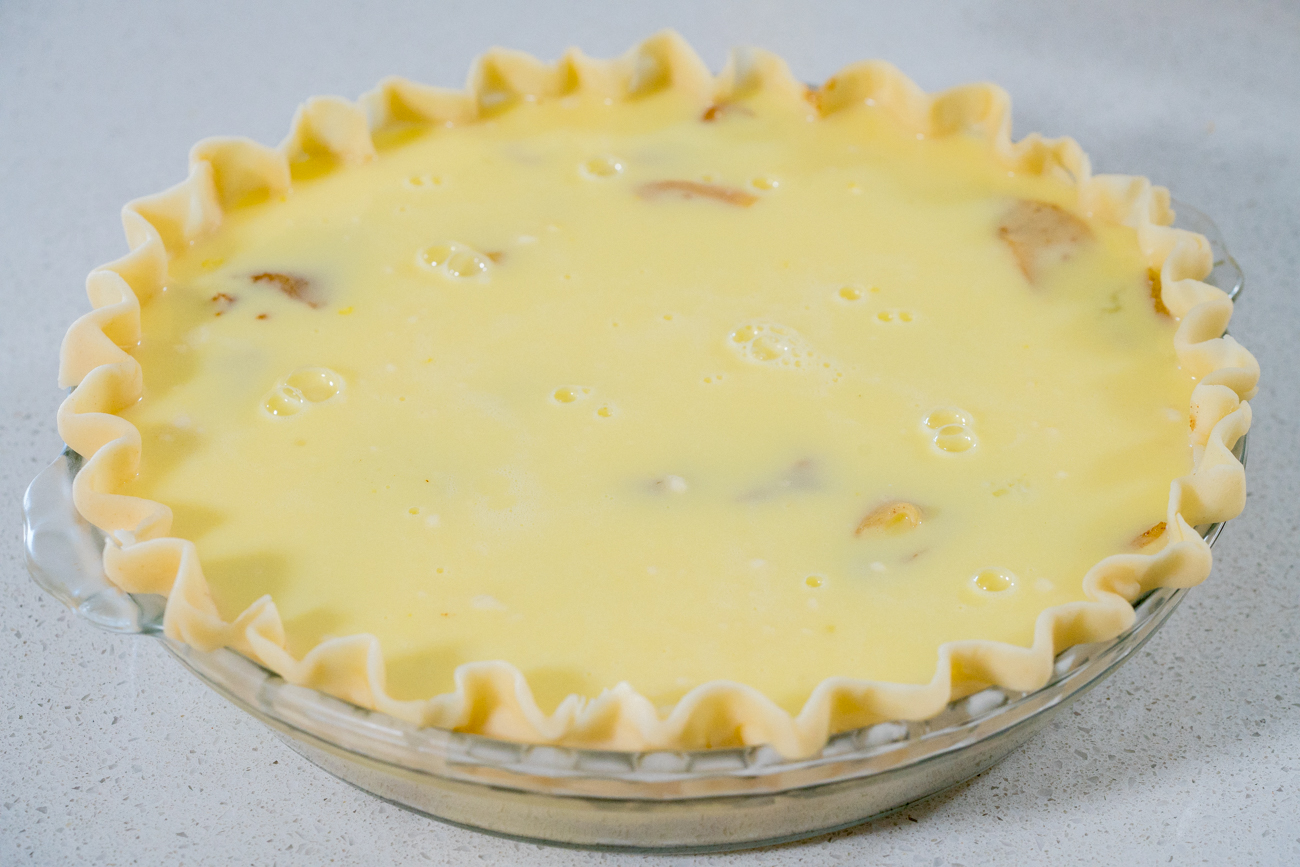 As it bakes, the custard sets up, but not before it has had a chance to sink into the nooks and crannies below it. 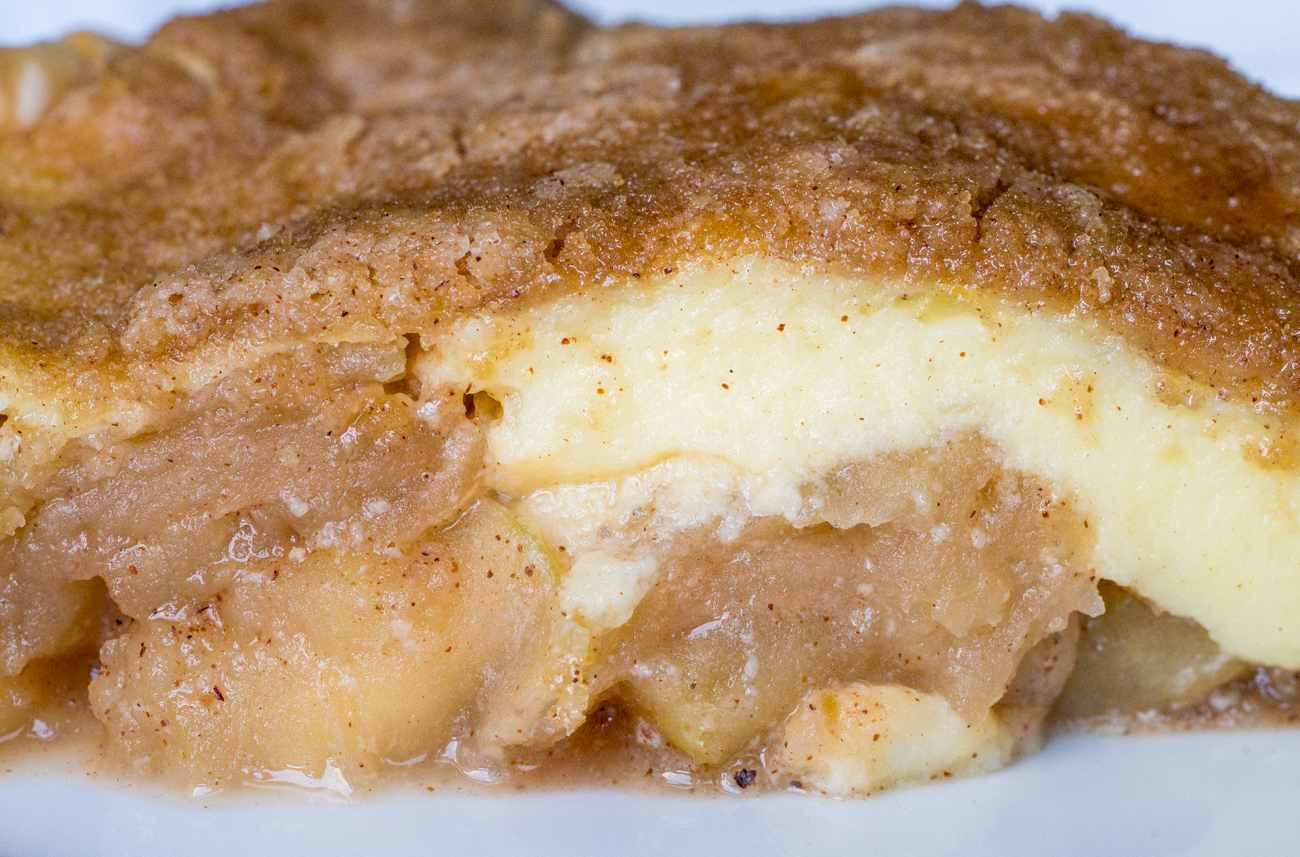 Partway through baking time, you sprinkle the top with a nice little cinnamon-brown sugar streusel that gets delicately crisp and buttery while it finishes baking. 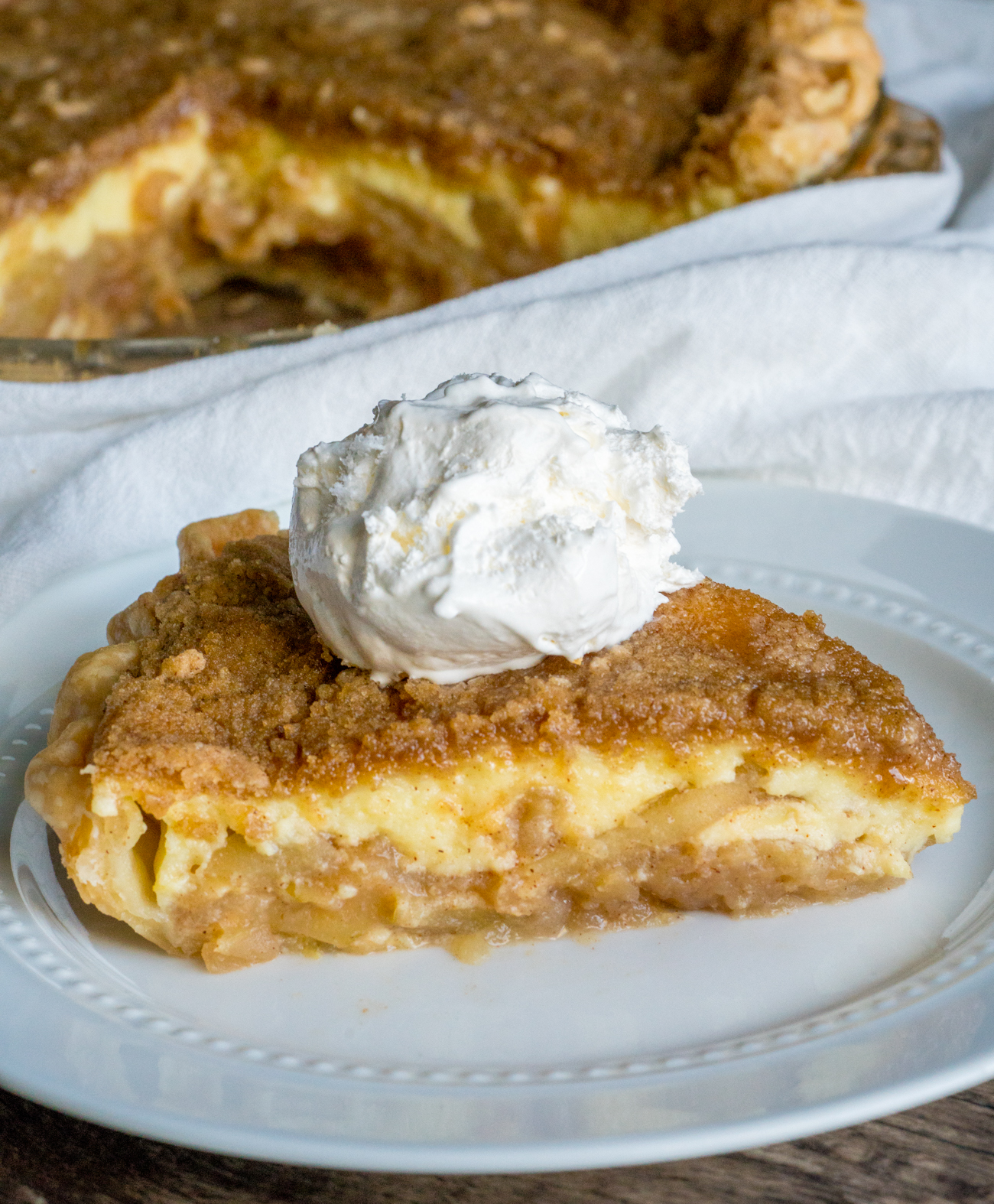 It’s a beautiful thing, the combination of soft spiced apples, sweet but subtly tart custard, and cinnamon crumb. One friend took one bite and said, “Well, I’m never having apple pie another way again.” I’m not saying you need to go that far, but you at least need to give it a try. 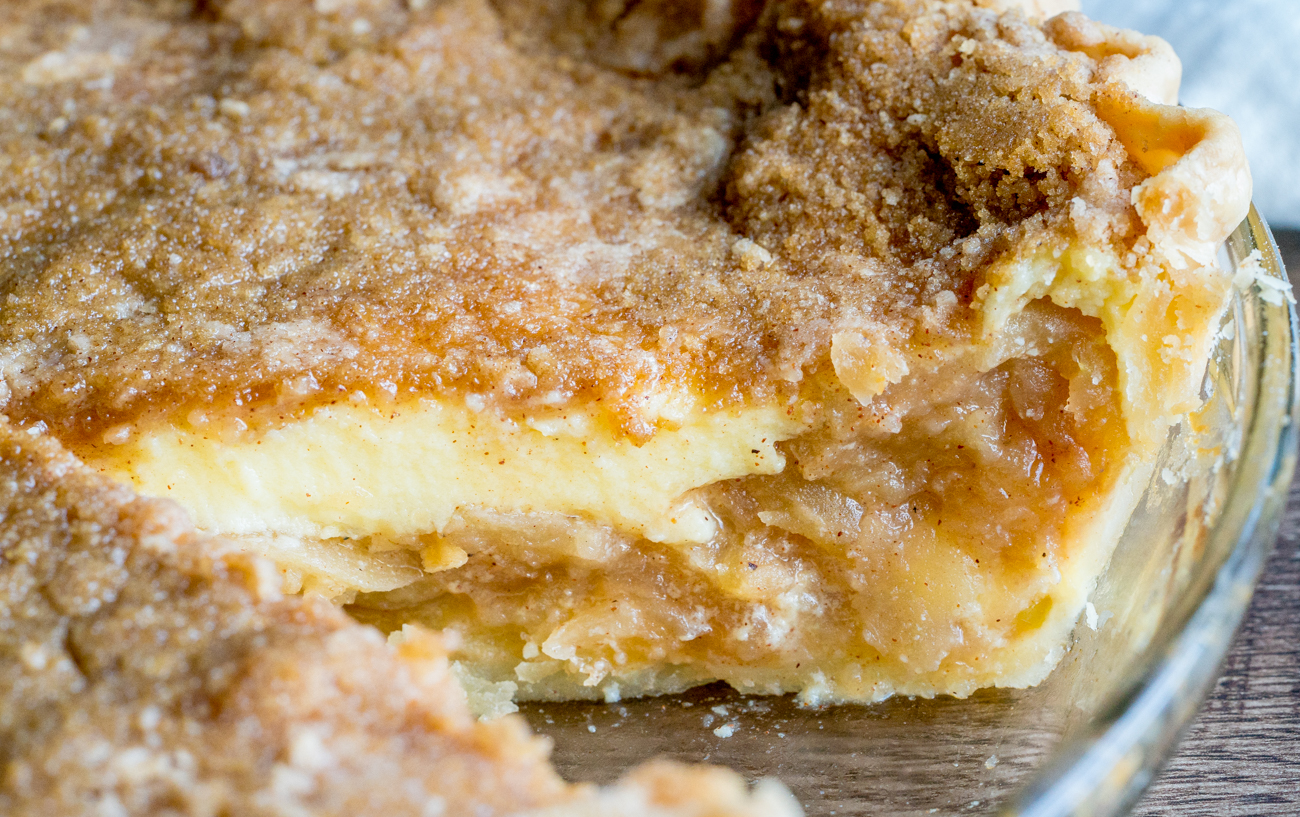 Recipe adapted from The Seaside Baker.