Listen. We get it. Some nights you just don’t have the time or energy to do much for dinner, so you rely on an easy, boxed dinner. There’s no judgment here! In fact, we have a few easy upgrades to take that box of Hamburger Helper to the next level. No one will even know you started out with a pre-packaged meal. Go ahead and check out these awesome ideas in the list below! 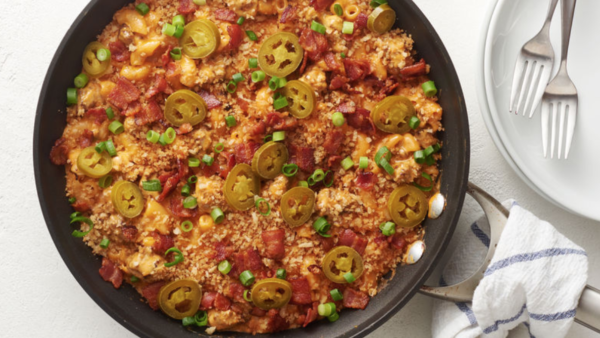 Fry up 3/4 cup of panko bread crumbs in a skillet with some butter and set aside. Next fry up a few slices of bacon and set aside as well. Brown your hamburger and prepare a box of cheeseburger macaroni Hamburger Helper as directed on the box. Once the noodles are cooked, stir in half a brick of cream cheese and top with bread crumbs, bacon, jalapeños, and green onions. See the original recipe here. 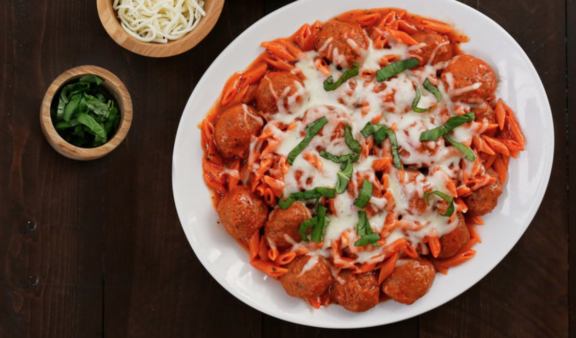 It doesn’t get much easier than this. Prepare a box of Hamburger Helper tomato basile penne as directed but replace the ground beef with frozen meatballs. Top with cheese and basil, then cover for a few minutes to let the cheese melt. Top with fresh basil, and there you have it! See the original recipe here. 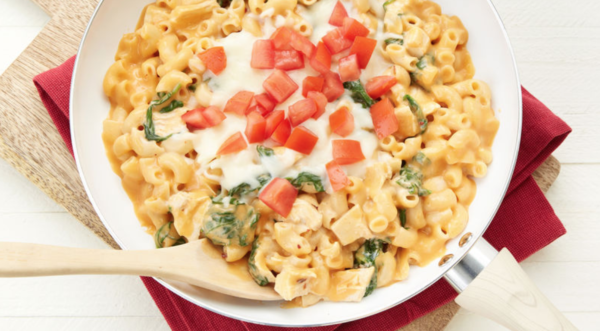 Prepare a box of Hamburger Helper cheeseburger macaroni as directed on the box, adding red pepper flakes in along with the noodles. When the noodles are cooked, stir in cooked turkey (instead of hamburger) and 2 cups of spinach. Let simmer for a few minutes, until the spinach wilts. Remove from heat and stir in 1/3 cup of sour cream. Top the whole thing off with a handful of mozzarella cheese, and you’re good to go! See the original recipe here. 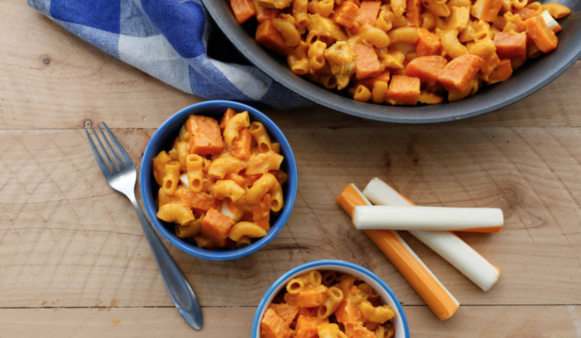 Prepare a box of cheeseburger macaroni Hamburger Helper as directed on the back of the box, but add in 1 large sweet potato (cut up in small cubes), frozen (or leftover) fully cooked chicken, and a pinch of lack pepper. Heat until boiling and then cover and simmer for around 10 minutes. Once everything is cooked, stir in cubes of string cheese. See the original recipe here. 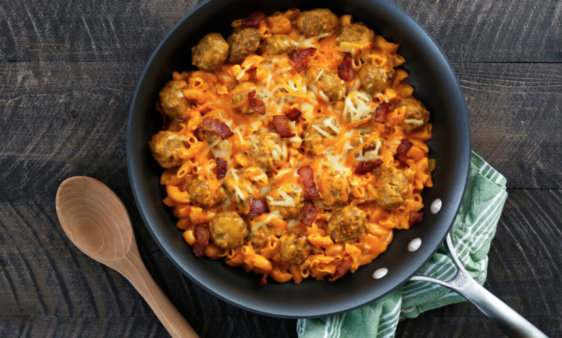 Cook 4 strips of bacon and cut into small slices. Add onion to the skillet and cook until tender. Prepare a box of cheeseburger macaroni Hamburger Helper as directed on the box, adding frozen meatballs, a pinch of black pepper, and a 1/2 teaspoon of hot sauce. Once the pasta is cooked, top with bacon and a handful of shredded cheese. See the original recipe here.