There are many items we take for granted these days and that is no where more true than in the kitchen. The cooks of the 1800s had to slave over wood stoves using imprecise coking times and temps. This explains why so many women of the era took to devising their own recipes and methods. But, flash forward to the 1950s and it was a completely different game. A variety of innovations had brought the American kitchen into the modern era, and made for some very interesting cooking trends that many of us still remember today. 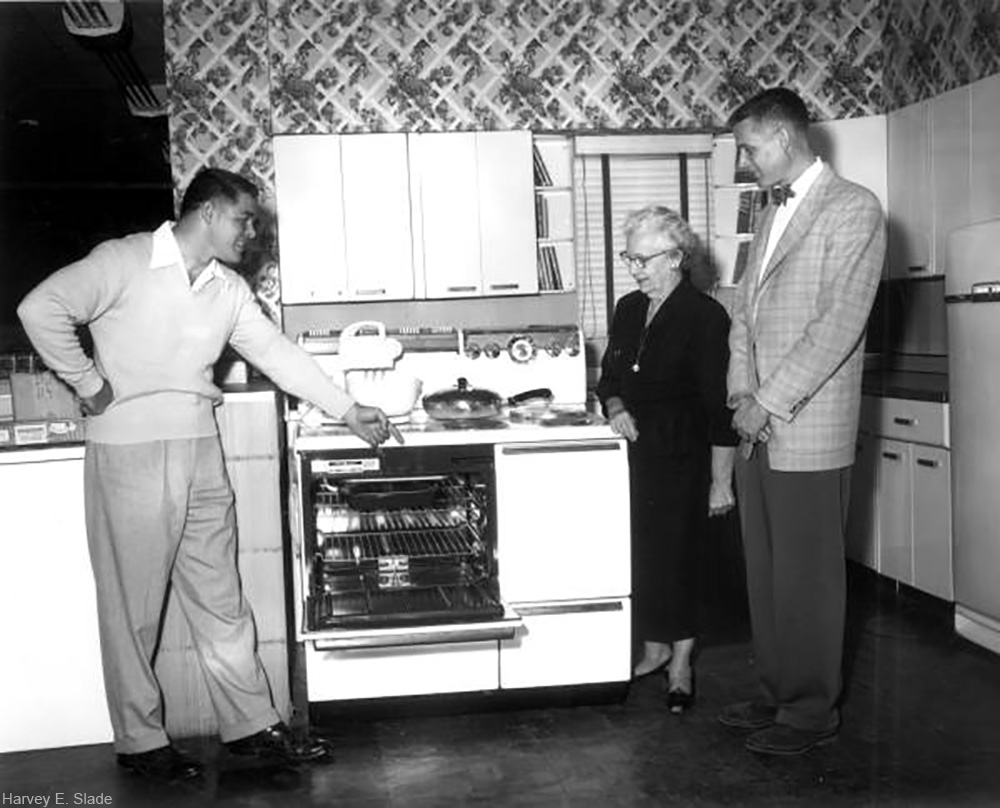 This canned delicacy became a household mainstay for busy families and made recipes like fruit cocktail cake and frozen fruit salad into common desserts. But, it also was served on its own or with ice cream as the signature dessert of the era – one which required zero cooking at all. 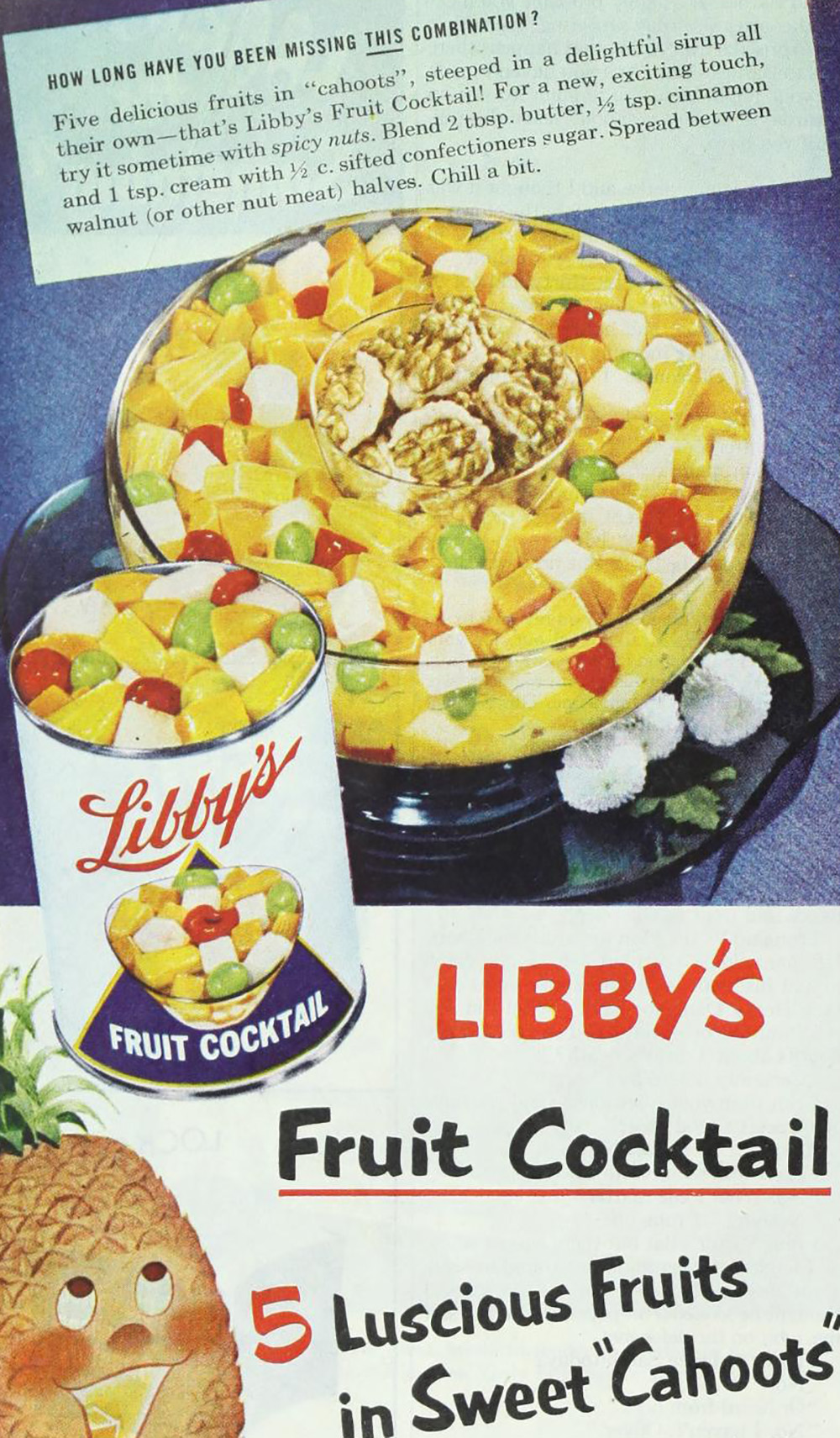 Before the 1950s stoves and ovens had not been reliably mass-produced in such great numbers. With the return of the GIs from WWII, the new construction homes featuring modern kitchens made for a whole new market of people buying appliances. Those with older homes were tempted into updating their antiquated homes with sparkling new kitchens that fit this new standard. In all this made for simplified recipes and cooking times, as well as consistent results for even the most complicated of recipes. 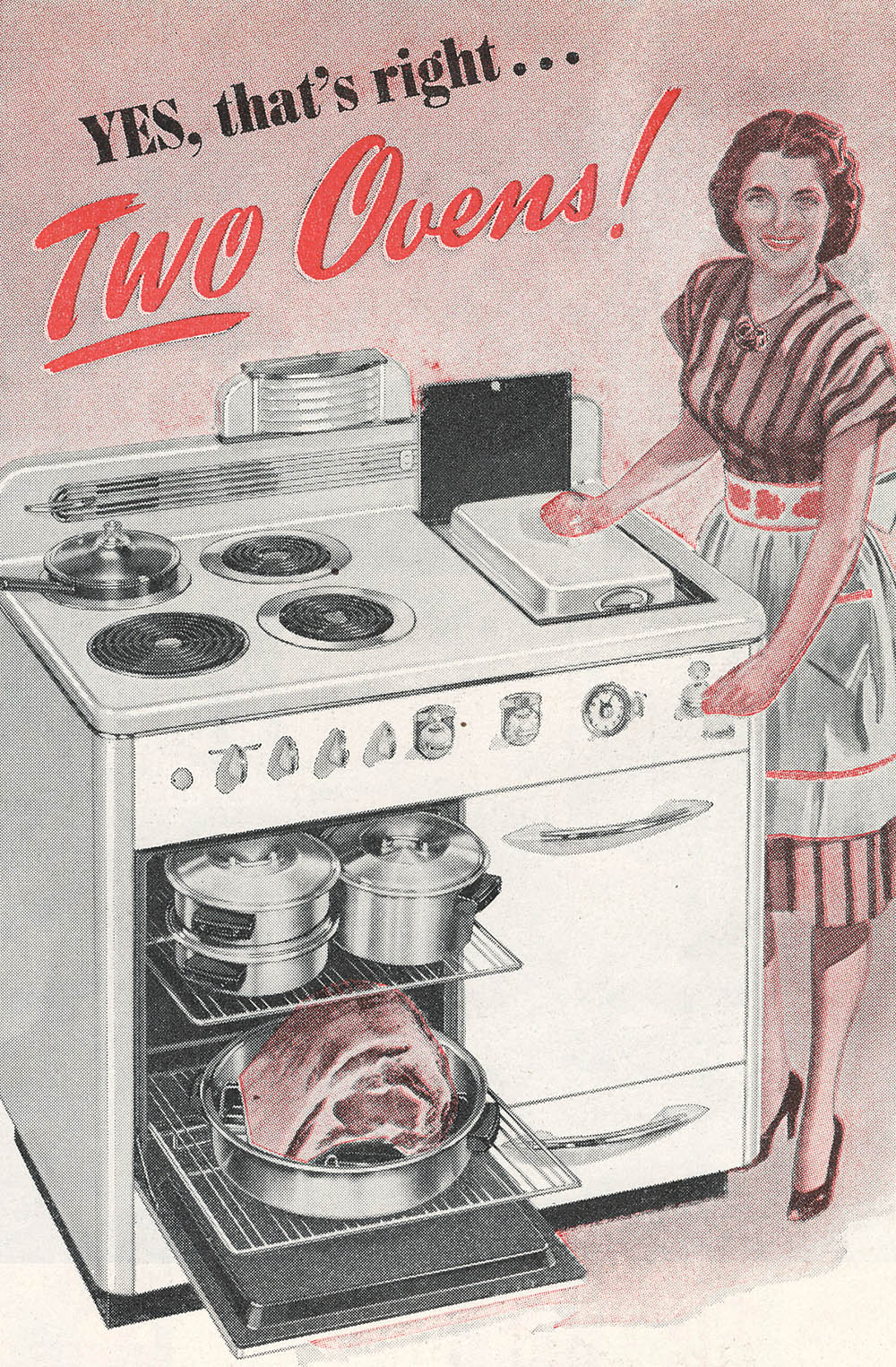 This new material was invented in the 1930s, but gained popularity in the modern kitchen of the 1950s. Pyrex made mixing, serving, baking, and storing food much easier. And, it came in variety of attractive patterns. Before plastic caught on it was the Tupperware of its time and Pyrex coffee percolators were once as common as coffee makers are today. 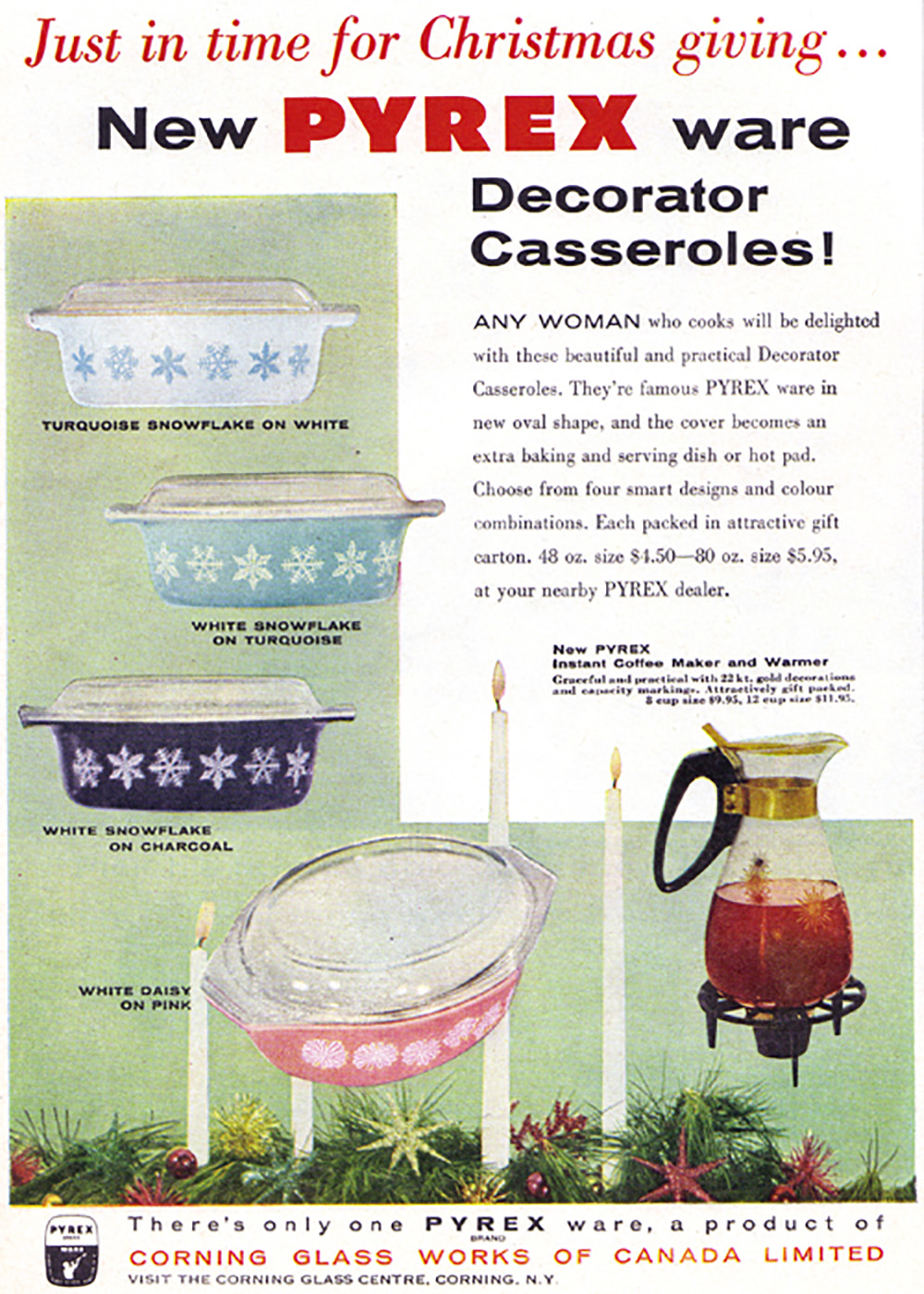 Everything from Jell-o to ice cream to cake to pudding had it’s own mix during the era. While some of these mixes had been around before, it was the now found prevalence of cake mixes that normalized using instant products to make dessert in the 1950s. While many women prided themselves on making everything from scratch, the labor that these mixes saved enticed many women to turn to convenience foods. It also simplified the shopping list and turned out consistent results, something that appealed to many housewives. 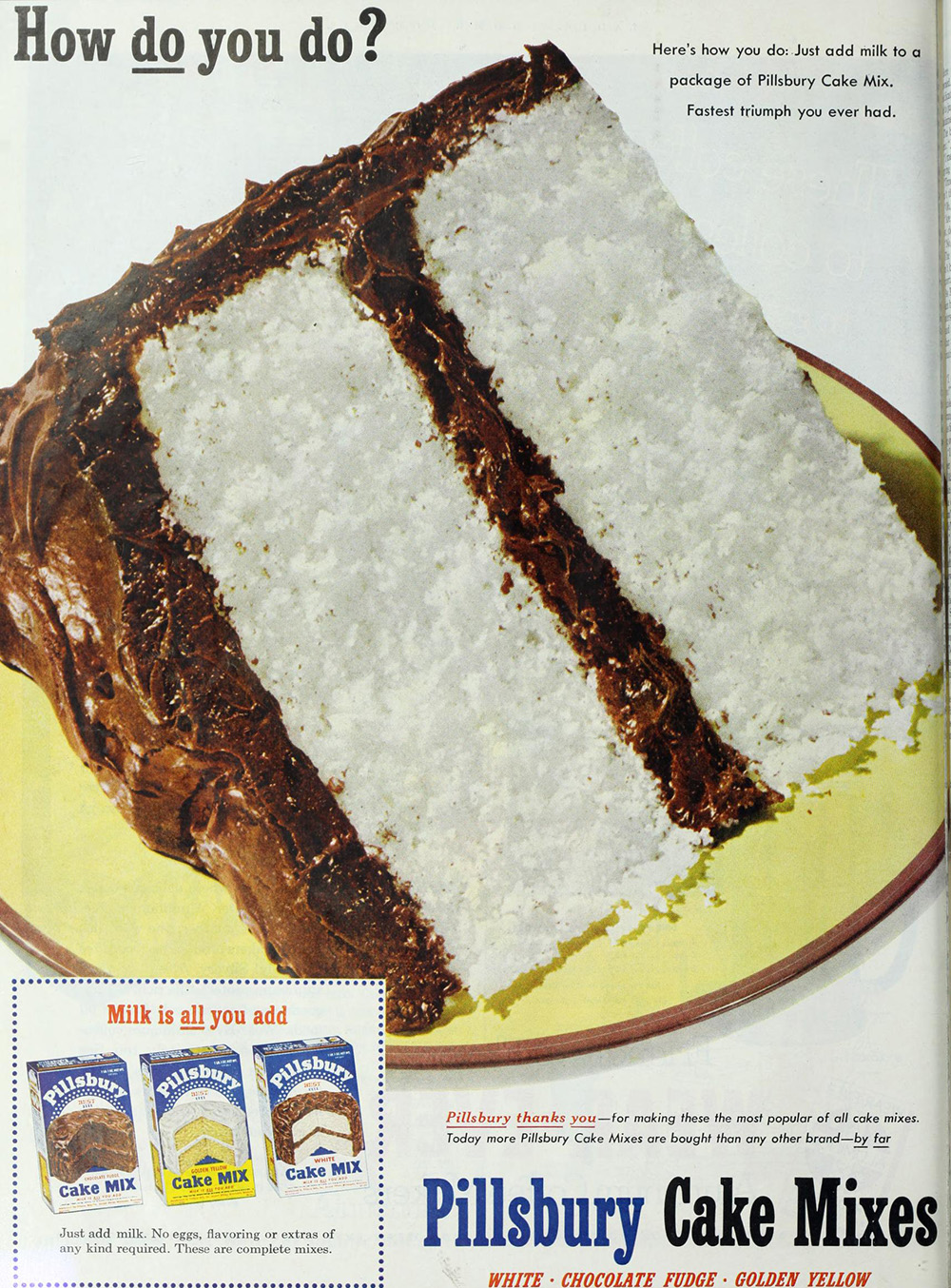 Fruits had once been seasonal only or canned, but having a freezer section in the grocery and a reliable freezer at home changed all that. TV dinners were another frozen that shook things up. For the first time a hot meal that mimicked homemade could be had with just the flip of a switch. Many families came to rely on these dinners for busy nights or times when Mom couldn’t cook. 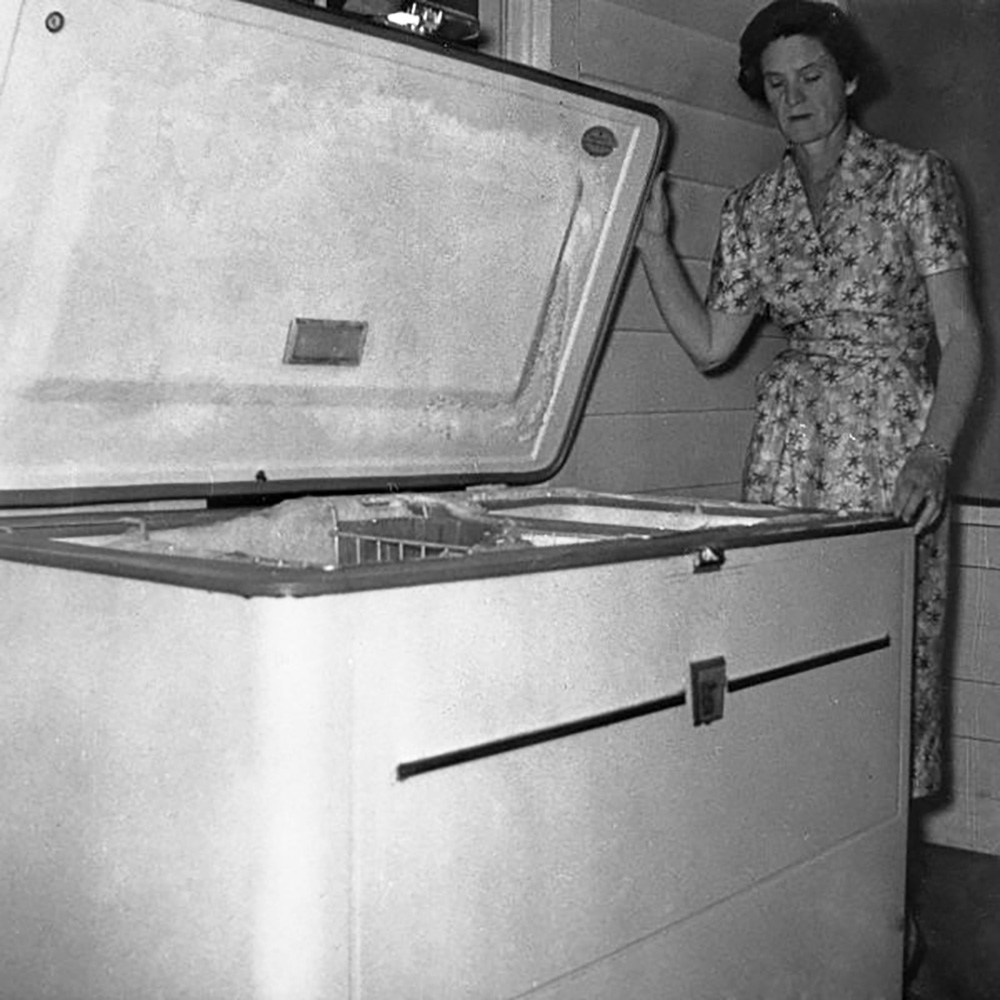 The packet and the dip both made waves during the 1950s. The seasoning packet not only gave rise to the concept of powdered seasoning mixes (like the universally-beloved ranch), but also was responsible for the chip and dip craze that continued for decades. 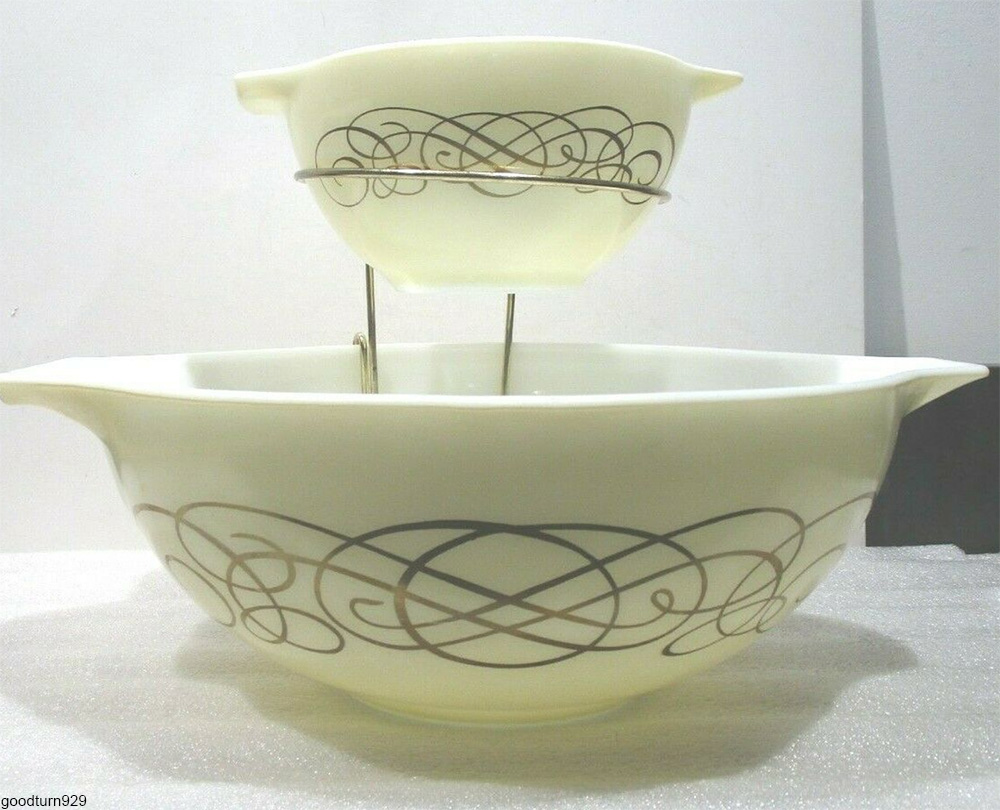 This salty staple was the backbone of nearly every single 1950s casserole and the convenience explains why casseroles ascended to dinnertime dominance during the decade. 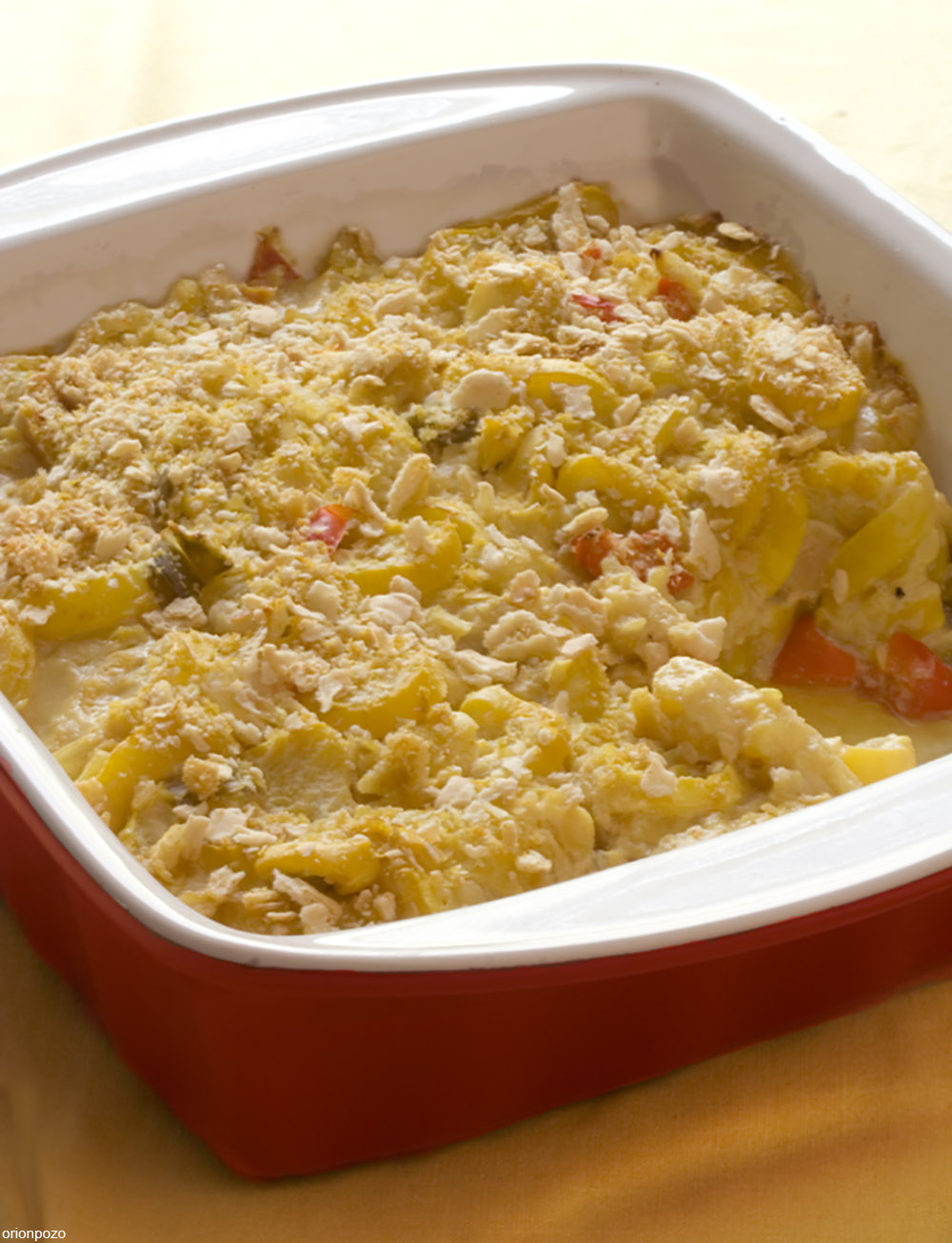